GIRM 55: Liturgy of the Word

Posted on 2 December 2011 by catholicsensibility 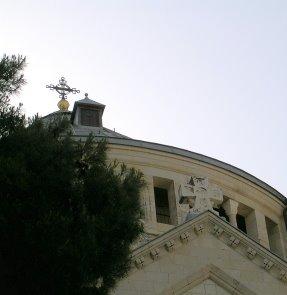 Section B of GIRM chapter II covers numbered sections 55-71. For the next two weeks, we’ll examine the Liturgy of the Word.

55. The main part of the Liturgy of the Word is made up of the readings from Sacred Scripture together with the chants occurring between them. As for the Homily, the Profession of Faith, and the Universal Prayer, they develop and conclude it. For in the readings, as explained by the Homily, God speaks to his people,[Sacrosanctum Concilium 33] opening up to them the mystery of redemption and salvation, and offering spiritual nourishment; and Christ himself is present through his word in the midst of the faithful.[Sacrosanctum Concilium 7] By silence and by singing, the people make this divine word their own, and affirm their adherence to it by means of the Profession of Faith; finally, having been nourished by the divine word, the people pour out their petitions by means of the Universal Prayer for the needs of the whole Church and for the salvation of the whole world.

I’d like to focus on the first idea in this last sentence:

By silence and by singing, the people make this divine word their own …

It’s the sort of idea that gets lost when people read the GIRM as a legislative document, looking for their section 47 or 86. This is a remarkable notion: the laity’s “possession” of the Word of God, making it our own. A remedy for gnosticism and clericalism all wrapped up into one principle. And this principle of absorbing the Word involves silence and singing both.

I’ll suggest that one litmus test of when it might be appropriate to have occasional choir-only music is not when the schola is sufficiently skilled. It would be when the assembly of a parish liturgy has demonstrably taken up the Word of God as their own in thought, word, and deed.

More on silence tomorrow. Enough to digest for the day.