Posted on 22 May 2013 by catholicsensibility 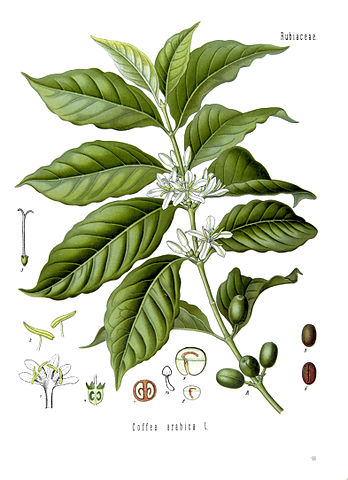 Since my big-loss diet of almost two years ago, I’ve enjoyed being lighter. But I’ve also struggled with the aftermath: putting some pounds back on and taking them off again, confronting my pattern to eat to soothe myself, watching when I tend to gorge.

This past year, I’ve been drinking a bit more coffee. The young miss discovered coffee several months ago. I “recommended” one per day, max. Her average is about two a week, and sometimes those come home from school unfinished. For a while I drank those two-day old frappuccinos, but the things are just too darned sweet. It’s like coffee-flavored sugar water. I’d rather just spoon it out of the brown sugar jar and smell the real coffee brewing.

Coffee, I found out, is nearly calorie free. Until you start putting additives into it. This page gives an amazing rundown of those additives, including this bit of testimony:

For example, a cup of plain coffee has about 2 calories, but a large Lotta Caramel Latte™ shake from Cold Stone Creamery has a whopping 1790 Calories and a large Coolatta™ from Dunkin Donuts has 800 Calories! A person could easily consume hundreds of excess calories very quickly from speciality coffee drinks.

I like the taste of straight-up coffee. But I also will put a drop of something into it about half the time. I like to track that each teaspoon of sugar is about 16 calories. Each tablespoon of cream is about 50. 2% milk is about 8–that’s about right for me if the brew is strongly bitter.

There’s a nice coffeeshop a block away from the parish center. It was my part-time office for about a month after the fire. It was then I found my limit on regular coffee is about a large cup a day. If I had a second appointment, I would have to do a green tea smoothie. That was probably a few hundred calories, but hey–I like to sleep at night.

Todd lives in Minnesota, serving a Catholic parish as a lay minister.
View all posts by catholicsensibility →
This entry was posted in Food, My Family, Parish Life and tagged coffee, diet. Bookmark the permalink.