Posted on 23 May 2013 by catholicsensibility 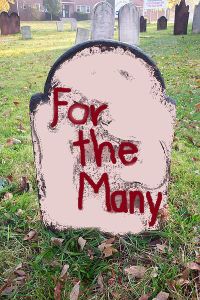 After a spate of Pope-Francis-is-really-arch-conservative stories spouting up the past week or two, we get this bombshell from daily Mass yesterday:

In a passage that may prompt a theological debate about the nature of salvation, the pontiff also declared that God “has redeemed all of us, all of us, with the Blood of Christ: all of us, not just Catholics. Everyone!”

“Even the atheists,” he said to those who might question his assertion. “Everyone!”

The new pro multis: everyone.

Obviously, salvation is in the hands of God, not people. It’s nearly irrelevant what we, or our hierarchy says about it, bottom line. More important is how we live the Christian life so as to facilitate Christ through simple human signs. Could Pope Benedict have been theologically correct, but morally wrong insisting on his own way, the last gasp (we hope) of preconciliar Catholicism?

Here’s to the last gasp. Let it rest in peace. Let us all move forward.

I liked this quote:

(I)f we do good to others, if we meet there, doing good, and we go slowly, gently, little by little, we will make that culture of encounter: we need that so much. We must meet one another doing good.

I like this “culture of encounter,” a notion that the Christian believer presents herself or himself in discussion with seekers, doubters, and non-believers. We set aside the pessimism of world standards: there are so many who disagree and we are impotent in imposing our will. We go as Christ went: embracing each individual encounter, and presenting himself with persistence, honesty, and gentleness.

Todd lives in Minnesota, serving a Catholic parish as a lay minister.
View all posts by catholicsensibility →
This entry was posted in evangelization, Liturgy and tagged pope francis, salvation. Bookmark the permalink.