Posted on 27 November 2013 by catholicsensibility 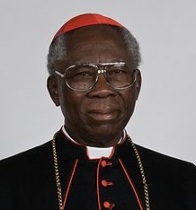 It is legitimate for a person to speculate and say ‘Maybe,’ because some of his documents were taken secretly. It could be one of the reasons.

Maybe he was so pained that his own butler leaked out so many letters that a journalist was able to write a book. It can be one of the reasons. I don’t expect him to be enjoying that event.

Mr Dowd had a lot of sources for this piece:

Essentially, Pope Benedict was a teaching Pope, a theologian and intellectual. “His idea of hell would be to be sent on a one-week management training seminar,” one insider told me. His misfortune was to accede to the papacy at a time that there was a power vacuum, in which a number of middle-ranking members of the Roman curia, the Church’s civil service, had turned into “little Borgias” as another clerical official put it.

Pope Francis on the bureaucracy:

The court is the leprosy of the papacy.

This is one leper nobody wants to kiss. There’s no sainthood waiting behind that. Conclusion:

This is a church that now has a huge opportunity to move on and face up to the challenges of the 21st Century. Often seen as remote, its leadership is now canvassing the views of ordinary Catholics on hot-button issues such as contraception and gay marriage. Reform has come on the back of scandal.

We have an opportunity for reform. The initial signs are good.

Todd lives in Minnesota, serving a Catholic parish as a lay minister.
View all posts by catholicsensibility →
This entry was posted in Church News and tagged Pope Benedict. Bookmark the permalink.