Saints To Be Made 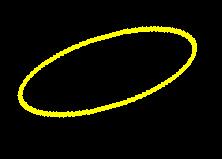 MoDo, certainly not a saint for internet Catholic true believers, is bound to raise blood pressures and temperatures with her NYT smackdown of one blessed here. And this, particularly, will be hard for many to swallow:

The Vatican had a hard time drumming up the requisite two miracles when Pope Benedict XVI, known as John Paul’s Rasputin and enforcer of the orthodoxy, waived the traditional five-year waiting period and rushed to canonize his mentor. But the real miracle is that it will happen at all. John Paul was a charmer, and a great man in many ways. But given that he presided over the Catholic Church during nearly three decades of a gruesome pedophilia scandal and grotesque cover-up, he ain’t no saint.

Like or loathe the woman, she raises some important points, and would seem to share some common ground with her detractors.

Common ground? Am I serious? Absolutely.

Was John Paul II perfect? No. Does a saint have to be perfect? Be careful how you answer that. The perception I read out there is that sanctity goes hand-in-hand with perfection. Clean morals, clean dishes, and probably spotless underwear.

We rather gloss over Peter, don’t we? We tout one-man-one-woman marriage, but we forget patriarchs and kings who married early and often in the first half of the Old Testament. We accept David had a lot to sing about. But we overlook his polygamy. We certainly cut him more slack than the divorced-and-remarried.

We’ve so tied up the notion of sainthood with behavioral perfection, that the scrutiny to find some screw-up–something well-worn in the public sphere these days–is put into action. Ms  Dowd is just employing the same tactic I’ve seen elsewhere in the blogosphere countless times. Only difference is she’s attacking the hero of the culturewar. Not a target of it.

With making two pope-saints, can we ask if we are witnessing a political compromise? Between these two popes, almost every Catholic can get happy. And if people prefer to dwell on the sacrament of subtraction, then by a similar token, everybody has a reason to reach for the antacid. Pope Francis seems to be suggesting we put aside our frowny faces. Let’s rally around our favorite, and let’s not lob flying objects at the other camp. At least not on this merciful Sunday.

The rush to canonize has already exacted a certain toll, no matter how one shapes the news. Are popes good saint material? Do they inspire little girls and boys to be saints, or to admire from afar? Do they inspire adults to read their words and declare allegiance to one other than Christ? Is it good to dwell on the weaknesses of saints? Sure as shootin’, they all have them.

Maybe it is good to mention these weaknesses. If it inspires others to sanctity despite their flaws, more power to these new saints. And let’s face it: JP2 will never be the patron of church administration any more than John XXIII will be consorted with Jenny Craig.

The most important thing is making saints among the living, not the dead. As Jesus said, “Let the dead bury the dead.”

4 Responses to Saints To Be Made