Posted on 2 July 2014 by catholicsensibility 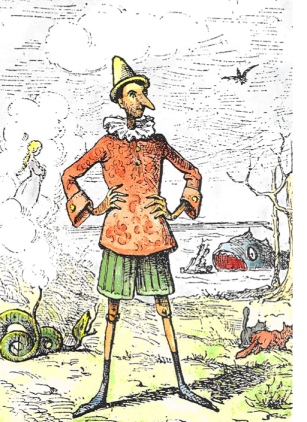 Dawn Eden did some digging and thinks there’s something behind black masses that will get the attention of liberals, non-religious, and the like.

Don’t get me wrong on this: as a liturgist, I can feel my dander rising whenever my area of service becomes the object of mockery. I feel a similar tingle when traditionalist Catholics mock the liturgical reforms of Vatican II. (Sometimes I can’t even keep their burlap and polyester straight.) Best case is to stick with the worship of one’s own God or god or gods and keep the perception of what other people are doing thoroughly stuffed.

Ms Eden thinks there are better hills on which to plant one’s flag of opposition. But if the culturewar will give you the high ground against an opponent, why not take it?

And maybe, just maybe, there’s a connection between these threads of sexual abuse and what some people are attempting to sell to an otherwise fair-minded public as the harmless worship of an alternate god.

For what it’s worth, I don’t have a problem with non-Christian worship as a genuine expression of an affirmative religious or spiritual search for God. Neither does the Church:

The Catholic Church rejects nothing that is true and holy in these religions. She regards with sincere reverence those ways of conduct and of life, those precepts and teachings which, though differing in many aspects from the ones she holds and sets forth, nonetheless often reflect a ray of that Truth which enlightens all (people.) (Nostra Aetate 2)

Archbishop Nienstedt is feeling significant and new heat in the state just to the north of me. And it’s not just the turning of spring into the pounding of a Midwestern summer.

Commentators have opined about his vehement campaigns against homosexuality, and that he’s perhaps moved beyond church teaching in his comments here and there. If several allegations of immoral behavior are rising against him (his statement only mentions the “illegal or criminal”) that seem contrary to his public stance, that makes people wonder. Some people wonder if he’s just a repressed guy. Other wonder if he’s the target of a campaign to take him down in an especially embarrassing way.

We don’t know yet, do we? But this matter is going to be pursued to its limit, I would think.

Todd lives in Minnesota, serving a Catholic parish as a lay minister.
View all posts by catholicsensibility →
This entry was posted in bishops and tagged Archbishop Nienstedt, black mass. Bookmark the permalink.