On My Bookshelf: The Five Love Languages

Posted on 8 July 2014 by catholicsensibility 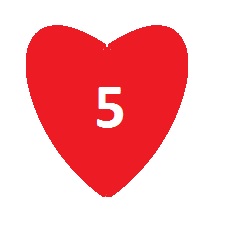 A staff colleague loaned my wife Gary Chapman’s The Five Love Languages. My spouse is like a sponge when it comes to information on relationships, self-improvement, and such. At the student center, we have plugged into this resource now and then for our young parishioners.

I tend to be a skeptic on cottage industries like this. The Mars-Venus thing. Chicken Soup books. Harlequin romances. Harry Potter. Good for an entrepreneur to find an idea and develop it into an industry. I usually find the first offering is good enough.

While taking a breather from yard work (acts of service) yesterday, I read the first two-thirds of the original book. First edition was 1994–before I got married. I wonder what-if my wife had found this book when we were engaged.

I was a doubter on John Gray’s Mars and Venus thing. I can’t quite put my finger on it. I read that book, too–it’s what a dutiful new husband will do. Over time, the impulse for the principles (which I mostly have forgotten) faded from my thoughts and actions. I guess I just don’t like the notion of putting a gulf of millions of miles of space between the sexes.

Gary Chapman’s approach seems sound to me. As I was reading through his languages (words of affirmation, quality time, receiving gifts, acts of service, and physical touch) I reflected on them and applied them to my marriage. It wasn’t hard to discern what languages my wife and I speak and expect. Looking to trouble spots and pondering these and the times I felt I was trying to communicate in one orbit and my wife in another–there was a lot of practical wisdom in this book.

It became clear to me that the principles outlined here can apply to raising children, serving in ministry, the workplace, sports, and the like. When I went to the website for 5lovelanguages, it appears the author had the same thought. (The young miss won’t know what’s coming up …)

When Dr Chapman was relating his various counseling sessions, I admit I was also noticing the same helping techniques I was observing and practicing in last month’s course Counseling for Spiritual Direction.

My sense is that this book will be a helpful resource for people experiencing difficulties in relationships. But like anything good, this method doesn’t promise an easy go. Dr Chapman would be the first to insist that fruitful relationships take time, effort, and wisdom. One doesn’t push a button and align one’s family, friends, colleagues, and the world to one’s point of view.

Maybe that’s why cottage industries and talk shows and such remain so popular. People want that magic pill. Sometimes–most times–you just have to work for it. Books like this aren’t useful unless one decides to put the principles into practice.

Todd lives in Minnesota, serving a Catholic parish as a lay minister.
View all posts by catholicsensibility →
This entry was posted in On My Bookshelf and tagged Five Love Languages. Bookmark the permalink.