A Match In Three Acts

Posted on 18 October 2014 by catholicsensibility

I viewed the Man City match versus Spurs today before heading to the office. Blogging will be light, as I have duty at four Masses plus the student retreat.

The announcers were talking about missing the Premier League after a two-week break. I got the idea it was more than just shilling for their corporate masters at Barclays and NBC.

The first thirty minutes were thrilling, and Spurs seemed to be punching back at the home team, keeping nearly level in chances and in the score.

The middle thirty minutes, I got the notion that it was more about missing chances rather than connecting. Hugo Lloris was big in net for Spurs and Joe Hart also had to work to keep his team ahead.

After the 67th minute penalty, it seemed like the life went out of Tottenham. They had their chances to draw level in the second act. But then things spiraled out of control. Grim inevitability set in for the visitors. I had to tune out by the 85th minute to get ready for work.

Ice hockey divides its contests into three acts, like a play. This early match seemed also to have three acts. It wasn’t a nailbiter to the end (unless I missed a Spurs miracle after the 85th minute) but it was a great experience to watch. 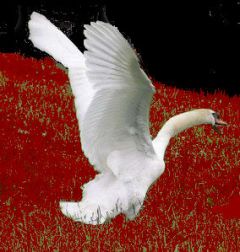 Swansea have a rare Sunday match–I will be back at the parish, playing at Mass. hopefully I can catch the replay online when I get home tomorrow night. I hope they can get the full six points from their next two opponents, as the schedule gets notably tougher in their November matches.

One of the students was wearing a Man U shirt at Mass the other night. We struck up a conversation, mainly talking about how David DeGea saved their butts at the end of the Everton match two weeks ago.

He was amazed to find someone rooting for Swans here in the States. The Manchester United brand is worldwide, of course. Small cities on the South Wales coast, not so much.

Todd lives in Minnesota, serving a Catholic parish as a lay minister.
View all posts by catholicsensibility →
This entry was posted in Sports and tagged Man City, Premier League, Spurs, Swansea City AFC. Bookmark the permalink.

1 Response to A Match In Three Acts