Dives in Misericordiae 6d: Mercy From The Inside Out

Posted on 25 June 2015 by catholicsensibility 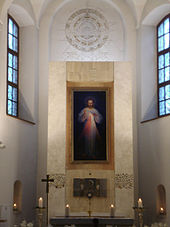 Many of today’s commentators suggest that mercy, at least in some forms, is something of an insult for the offender. But St John Paul anticipates that argument. What do you make of his suggestion that all human beings share the experience of sin and thus the need for mercy?

What took place in the relationship between the father and the son in Christ’s parable is not to be evaluated “from the outside.” Our prejudices about mercy are mostly the result of appraising them only from the outside. At times it happens that by following this method of evaluation we see in mercy above all a relationship of inequality between the one offering it and the one receiving it. And, in consequence, we are quick to deduce that mercy belittles the receiver, that it offends the dignity of (the person). The parable of the prodigal son shows that the reality is different: the relationship of mercy is based on the common experience of that good which is (humankind), on the common experience of the dignity that is proper to (us). This common experience makes the prodigal son begin to see himself and his actions in their full truth (this vision in truth is a genuine form of humility); on the other hand, for this very reason he becomes a particular good for his father: the father sees so clearly the good which has been achieved thanks to a mysterious radiation of truth and love, that he seems to forget all the evil which the son had committed.

Casual observers do remark on the forgetfulness of those who forgive. Christian discipleship demands something more than the casual when we are gazing at opportunities for mercy.

Todd lives in Minnesota, serving a Catholic parish as a lay minister.
View all posts by catholicsensibility →
This entry was posted in Dives in Misericordiae. Bookmark the permalink.