Posted on 9 December 2015 by catholicsensibility

I haven’t posted on English football and Swansea, not because of a lack of interest. Or really, that the team has been floundering. If someone had told me in July that the Swans would be just one run below Chelsea in the Premier League, I would have been overjoyed.

But it’s December, and the manager of one of those teams got sacked this week.

It’s an astounding fall from grace but hardly a surprise to anyone who saw him cut such a desolate figure as his team lost 3-0 to Leicester. The manager takes the bullet, but the players’ collective loss of form has been a major factor. (Rob Phillips, BBC Wales) 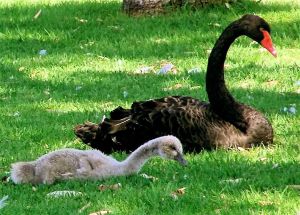 I had read that Garry Monk had been offered a seasoned football mind to assist him. That would have been a sound investment two years ago when he was promoted to interim manager. But perhaps a difficult pill to swallow after his campaign with the Swans last season. Rumor had it that he felt he would lose authority with his players for it, and he might have been right. It seems he did anyway.

My feeling across all sports is that coaches and managers are too quick to get pink-slipped. In Swansea’s instance, maybe not. Perhaps too much too fast for a relatively young guy not that far removed from his playing days.

As for the rest of the league, today’s bottom three were at the bottom of the non-regulation zone at the end of last season. And I’m not impressed with Arsenal or the Manchester teams really: every so often they seem inattentive during a match, just going through the motions.

Todd lives in Minnesota, serving a Catholic parish as a lay minister.
View all posts by catholicsensibility →
This entry was posted in Sports and tagged English Premier League, Garry Monk, Swansea City AFC. Bookmark the permalink.