On My Bookshelf: 3 Peculiars

Posted on 19 August 2017 by catholicsensibility 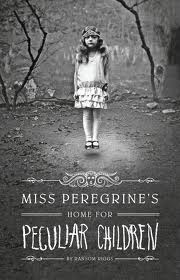 After watching the movie and largely enjoying it, I looked forward to reading Ransom Riggs’ “trilogy” about the peculiar children. You may know the premise: the author has used unusual vintage photographs to fuel the details of a modern fantasy about magical children that live hidden in the world around us.

The film diverged from the first book and brings the adventure to a more firm end. (It does leave open the possiblity of sequels, though I hesitate to say books two and three would easily adapt given the ending in movie #1.) I’d hesitate to call this print series a trilogy, mainly because it really is a single thousand-plus-page novel split up into three books. In that, it is somewhat reminiscent of the Lord of the Rings.

I found the first book somewhat cluttered in terms of the numbers of characters. The still photos help a bit, but it was easier to sort them out in the movie. There, though, the filmmaker braintrust shuffled the magical/peculiar abilities of the characters somewhat.

I read the last two books over the past month and these volumes are more fresh in my mind. Hollow City picks up the story immediately from the end of book one. I found it an exhausting read, but in a good way. The heroes find themselves on the edge of danger throughout. Mistakes, narrow escapes, and great resourcefulness push the plot at a fine speed, all in the time period of a day or two. There is no real respite, no Rivendell or Lorien for the children, despite finding allies in unexpected places. Kudos to one of the most surprising plot twists I’ve ever read.

Library of Souls finds a trimmed-down group, mainly Jacob and Emma, continuing a mission that seems even more hopeless than it seemed at the start of book two. Again, the plotting is a huge plus. There are more surprise friends, one or two twists of the unexpected, and a big bang of a resolution.

The tribute to Tolkien and Rowling seems obvious to me. From the former, a fellowship assembles for a quest, and a reluctant protagonist inherits a mission. Later, he finds inner strength and unexpected resources to win the way. And from Potterverse, Mr Riggs sets a magical society existing under the very noses of muggles. Only with time travel and with the safe haven blown to bits.

Plotting and characterization are way above average for fantasy. I felt there were two significant flaws in this work. If it were a movie, it would be like the actor playing Emma slipping out of her English accent every now and then. The problem is that she doesn’t always talk like a person from Victorian/Edwardian England. Actually, it’s fairly often her speech has enough modern lingo to have distracted me.

Number two involved the final thirty pages of the novel. They struck me as something of a parallel to Frodo’s return to the Shire after the War of the Ring. You remember: he couldn’t quite fit into his old life, and eventually faded into the West with the Elves. Mr Riggs sort of painted himself into a corner on this one. The protagonist is a teen, and what can you do other than send him back to his parents? There was a big bit of deus ex machina in the final rendering of this novel, something that rendered an earlier important plot point rather moot. Without offering a significant spoiler, I’ll just say that was clumsily handled and a disappointingly happy ending.

Still, these books are the best work of fantasy I’ve read in a few years. And I would recommend them to any youth or adult fan of such fiction. I see from his website, Mr Riggs has other peculiar books out. I’ll get to them eventually. You might, too.

Todd lives in Minnesota, serving a Catholic parish as a lay minister.
View all posts by catholicsensibility →
This entry was posted in fantasy, On My Bookshelf. Bookmark the permalink.

1 Response to On My Bookshelf: 3 Peculiars