On My Bookshelf: The Moon And The Other

Posted on 28 November 2017 by catholicsensibility 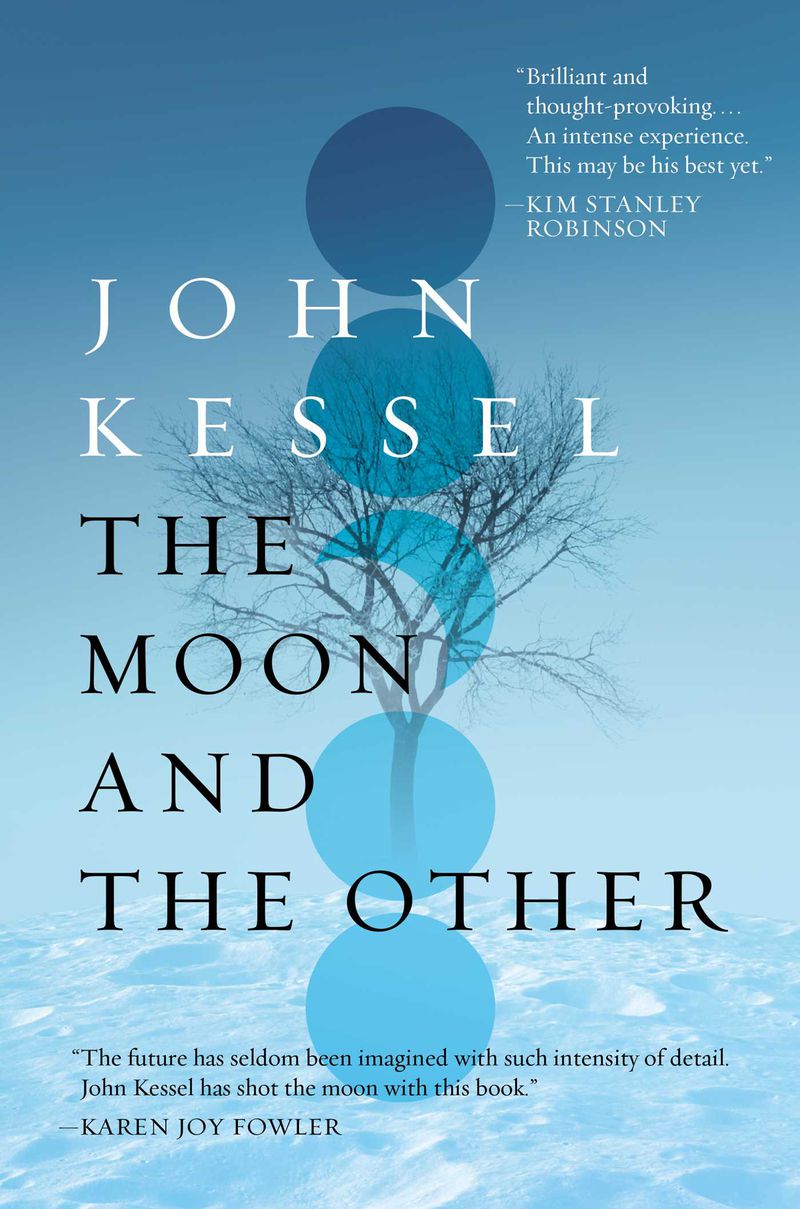 John Kessel has crafted an enjoyable, thought-provoking read here. The premise: thirteen decades into the future, the moon is peopled by a few dozen colonies. Two feature in this novel. One self-presents as a free Muslim society, but reads a lot like the libertarian West at the lunar south pole. In the other, women have engineered a (literally, selenographically) far side culture to keep male social maladies (like violence and involvement in politics) at a minimum. Imperfect human institutions make for great plot-moving devices. A-plus for these.

Some elements of the fantastic are well-imagined, including a domed-over lunar crater (so people can enjoy parkland and grow food on farms) and a water park (supplied by south pole ice). Mr Kessel touches on some elements of everyday life in low gravity: sports, music (including a sub-plot on growing genetically modified trees to build acoustic pianos), mood-altering food and drink, and even human-powered flight with strap-on wings. These add a richness to what is essentially a family drama soaked in politics. More top marks here.

One character begins the novel as a playboy. Against the backdrop of social forces, he aspires to more. Lunar culture, friends, and family seem to work against him. He achieves a singular moment of heroism as the plot resolves. I liked that part best of all. He’s not a perfect character, but his unexpected achievements are a happy strain in the narrative.

Two technological marvels drive the plot. Though they are presented as scientific advancements, they were really elements of fantasy rather than science fiction. The rest of the novel is just so good, I felt okay overlooking the problem of them being a bit unrealistic. With a bit more thought, other devices, more-believable, could have been developed. About midway through the book, a couple has an argument and within a few pages, the very same scene is played out. It was a discordant note. If there’s a point, I missed it. I would worry an editor was asleep at the wheel here.

My measuring stick was the recent series begun by Ian McDonald (reviewed here and here). There are good similarities: well-constructed characters who evolve, excellent efforts at extrapolating technology into the twenty-second century, a fair amount of sex, a lot of politics. Characters are drawn from the lunar 1% and the others–sometimes both even within the same family.

If I were pressed to compare, I’d say John Kessel succeeds a bit more than Ian McDonald at crafting good science fiction set on the moon. I’d read more from either author. Either writer reminds me of Kim Stanley Robinson’s Mars trilogy. Mars seems impossibly far off these days. But the moon … I’d say the 2200s are a more realistic time frame for action than the 2100s. But The Moon And The Other offered me a lot to ponder. I think about it a few days later. That’s a good sign of a good novel. Solid B-plus from me.

Todd lives in the Pacific Northwest, serving a Catholic parish as a lay minister.
View all posts by catholicsensibility →
This entry was posted in On My Bookshelf, science fiction. Bookmark the permalink.