Where Will It End?

Posted on 29 November 2017 by catholicsensibility

November has been a very bad month for men. I don’t take joy in seeing the high and mighty topple like Psalm 113 princes. The Project Veritas blunder probably underscores the truthfulness of the vast majority of women who protest. That one, I have to admit, was for a bit of joy-taking. 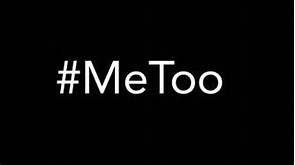 The #metoo movement has certainly taken many people by surprise. Me too. It’s not because I’m surprised by the number of bullies or survivors outed. I’ve known too many women, and seen and heard too many episodes, to think this isn’t fairly and unfortunately common. I’m pleasantly surprised that a moral issue has taken root in 2017. Just when I thought we were all going to be mansplained into white male supremacy and a rejuvenation of the Reagan Era Me-80s.

The whole progression has been whiplash-inducing for the ideologically-driven: first, a presidential candidate, then Hollywood, then the GOP of the Deep South, then a prominent Dem, then a Catholic blogger, now some media personalities.

I found this essay quite interesting. In highlighting the differences in reception to women of various colors, one might wonder how deep the solidarity goes in this reaction to powerful white men.

Solidarity, at its most basic level, however, requires a level of trust and an understanding of shared goals that are not always present. Demanding it without attending to the nuances of privilege ignores the spotty track record that white women have when it comes to being allies to people of color. America’s history provides example after example of how dangerous this disconnect can be. In a moment focused on rectifying power imbalances, it would be irresponsible to forget that white women have often cast the fight against sexism and the fight against racism in a zero-sum game, from suffrage to the present day.

So I’m interested to see how women of color who out men of power are going to be treated in the days and weeks ahead.

I’d also have to mention that women’s suffrage was a companion movement to abolition in this country. Then we had two generations separating Amendments XIII-XIV-XV and XIX. The history has been that when one oppressed group gets what it wants, support for others can drop off.

Solidarity is often a missing element in the struggle for justice. So many issues go lone ranger, and to their detriment. Political pro-lifers often feel no solidarity for other culture-of-death issues. Personally, I think the American  JP2 bishops ditching Cardinal Bernardin and the seamless garment was a missed opportunity. It couldn’t have made anything really worse, especially given that abortions today are rating at a new low since President Reagan.

I do wonder if fatigue on the issue of abusive patriarchy might settle in. Will it be when more women of color speak out? A good chunk of Hollywood might be taken out. What if a good fraction of the men in the federal government are outed and must go?

Todd lives in Minnesota, serving a Catholic parish as a lay minister.
View all posts by catholicsensibility →
This entry was posted in Commentary, Politics and tagged #metoo. Bookmark the permalink.