On My Bookshelf: The Planet Factory

Posted on 10 February 2018 by catholicsensibility 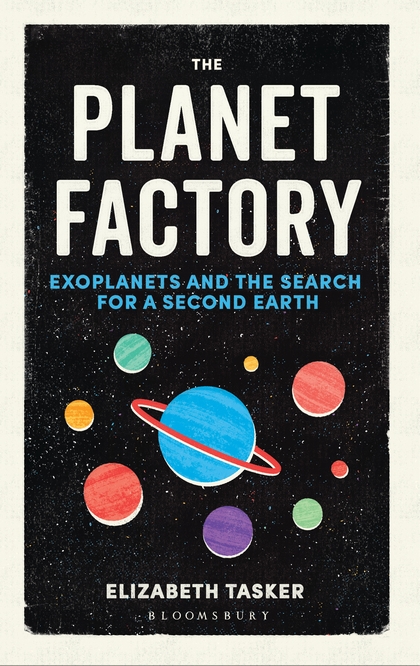 When I was a boy, I read of Peter van de Kamp‘s insistence on having discovered two planets in orbit around Barnard’s Star, a small red orb in our galactic neighborhood. The promise was that being so “close” to us–a mere 40 trillion miles–it would be easy to see the small star wobble from the gravitational pull of two planets he was sure existed. No other astronomer of his day (the 1960s) could verify the claim. In accord with the orthodoxy of science, the matter was considered disproven.

A half-century later, human ingenuity has produced instruments which can allow us to verify planets beyond our own solar system. Known planets now number in the thousands, and many humans aspire to know if we have company out there: intelligent life–or any form of life. Or another Earth that could support life. Barring faster-than-light travel, or the patience for a millennia-long journey to another star, we will have to content ourselves with one of two things. Science fiction, the invention of distant wonders. Or as Elizabeth Tasker provides in my book-of-the-month, a summary of our long distance relationship with those distant wonders.

Dr Tasker is an ideal guide: fine and sharp writing for those interested in the sciences but not too deep so as to put off the casual intelligent reader. A scientific background, but with a sensibility for the stories behind the discoveries. And enthusiasm.

I like and endorse this book for its careful and interesting development. The author navigates the cluttered waters of astronomy, physics, chemistry, biology, and geology to present what we know about exoplanets and how we have come to know what we know. And she makes reasonable extrapolations of what future discoveries await us.

Speaking for myself, I find it immensely comforting to know there are thousands of planets we can identify, with the likelihood of trillions more in the universe we can only ever barely begin to count. Finding alien life is a bonus. But knowing we live on one precious planet that has being who can look out there and dream–that’s a big thing to me.

Dr Tasker’s editors missed about a half-dozen mistakes, mostly easy errors toward the end of the book. Unless you are more of a science geek than I, you probably won’t notice them. This book was so good, especially at filling in the science gaps for me, they were hardly a bother at all. Like a hundred-foot asteroid buzzing us tonight.

Todd lives in Minnesota, serving a Catholic parish as a lay minister.
View all posts by catholicsensibility →
This entry was posted in Astronomy, On My Bookshelf. Bookmark the permalink.