Posted on 25 March 2018 by catholicsensibility

I did notice some days ago this note on PrayTell about a shortage of palms in New Orleans.

Because of the deep freeze that hit hard this January, palms that are typically plentiful in New Orleans are now in short supply.

Instead of the usual queen palms which were killed in the freeze, it has been recommended that parishes use sago palms, which are brown and much skinnier than what Catholics are used to seeing on Palm Sunday. 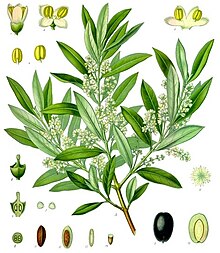 The Directory on Popular Piety and the Liturgy suggests olive branches. or even “other greenery” as a Palm Sunday choice:

The faithful usually keep palm or olive branches, or other greenery which have been blessed on Palm Sunday in their homes or in their work places. (#139)

I once encountered immigrants from Poland who bundled dried flowers and branches and had brought them from home. It was their tradition, they said.

Freeze or not, I suppose any plant branch with green on it will do, right? Anybody see anything other than palms this weekend?

Todd lives in Minnesota, serving a Catholic parish as a lay minister.
View all posts by catholicsensibility →
This entry was posted in Holy Week. Bookmark the permalink.