Posted on 2 May 2018 by catholicsensibility

So, cultural appropriation, or the accusation thereof, is still a thing. A facebook friend alerted me to the use of a qipao as a prom dress in, all of places, Utah. Predictable complaints coming in, and most I’ve seen have been written by men. Speaking of promwear, in Michigan, the new idea is the “modesty poncho” for prom, for which there seems to be some pushback as well.

Back to Utah, a summary of the kerfuffle is here. It reminds me of an earlier discussion on accusations of cultural “appropriation” here. Not sure how much of this is a Trumpian intolerance. That’s how I call it, regardless of the political party of the accusers.

(Keziah Daum’s) critics may actually be less knowledgeable about the dress than she is — after all, (she) has referenced the qipao’s association with female empowerment as one of the reasons she chose to wear it.

This isn’t a fashion blog, so I don’t have the expertise to weigh in on dresses. I notice the qipao is rather modest compared to outfits that expose the skin of shoulders and upper 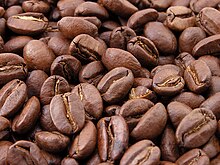 torsos. Maybe there’s a question as to why and how a man on either of the coasts would be aware of what a high school girl wears to her Big Dance. Barring a major corporation taking over a Third World coffee plantation or something, I can’t get behind the outrage on things like this. Especially when it looks like men bullying women.

Todd lives in Minnesota, serving a Catholic parish as a lay minister.
View all posts by catholicsensibility →
This entry was posted in Commentary and tagged cultural appropriation. Bookmark the permalink.