Posted on 9 May 2018 by catholicsensibility 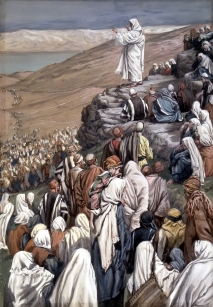 Gnosticism presumes “a purely subjective faith whose only interest is a certain experience or a set of ideas and bits of information which are meant to console and enlighten, but which ultimately keep one imprisoned in his or her own thoughts and feelings”.[Evangelii Gaudium 94]

We commented four years ago on this citation here. The Holy Father sees this as a self-imposed prison, but the jailor sometimes draws others into the trap, as I commented on the link above:

Sometimes, it’s just a tendency, like a Catholic apologist titling an e-mail service a “secret information club.” Sometimes its a far more serious problem, both for the people who are misled, and for the person who has attracted a number of followers.

The common proverb mentions forest and trees, and that’s often an accurate skewer. The thing about those small bits, they can be apportioned out as a guru sees fit. It’s how the secular news media often operates. And sometimes they can’t help go against an attractive and profitable tack: focus on the “leads that bleed,” and we can easily draw the conlusion the world is hemorrhaging.

You can check the full document Gaudete et Exsultate on the Vatican website.

Todd lives in Minnesota, serving a Catholic parish as a lay minister.
View all posts by catholicsensibility →
This entry was posted in Gaudete et Exsultate and tagged pope francis. Bookmark the permalink.