Posted on 20 August 2018 by catholicsensibility 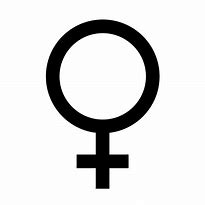 Some commentators are focusing on the homosexual element of Church scandal. I wonder if it betrays a bias against, or a minimizing of the suffering of women.

A facebook friend alerted me to his bishop’s response to today’s Church scandal. A piece:

It is time to admit that there is a homosexual subculture within the hierarchy of the Catholic Church that is wreaking great devastation in the vineyard of the Lord.

If so, it is not the only subculture. Bishops of the last century routinely used quiet methods when abuse perpetrated by a cleric became undeniable. After a presumable private repentance, offenders were sent away for reform in a spiritual or psychological setting. Then they were returned to service.

It would be hard to convince me that nearly all 20th century bishops were homosexuals. It seems more likely that the larger clerical culture kept secret grave sins secret. Maybe that was perceived to be a part of the seal of the secrecy of sacramental confession. Personally, I have no wish to have private sins pour out of reconciliation rites. But this would be a mystery to many lay people: when a confessor hears an abuse offense against another person, why wouldn’t the penitent be counseled to turn himself in.

I’ve read more homosexual obsession rather than just Bishop Morlino, and it makes me wonder. When clergy focus too much on gays, have they revealed their own interior bias against women and girls? Taking the situation of only female victims, the 20% would be enough to trigger a scandal of unprecedented public outing.

Let’s read today’s and future statements carefully. Do they minimize the hurt inflicted on girls and women? Do they betray something of the author’s bias?

Todd lives in Minnesota, serving a Catholic parish as a lay minister.
View all posts by catholicsensibility →
This entry was posted in Commentary, sex abuse and tagged cover-up scandal. Bookmark the permalink.

1 Response to The Twenty Percent