Posted on 25 August 2018 by catholicsensibility 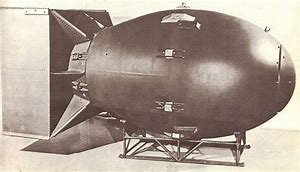 Whispered here, and already in the fringe and conservative pajama news outlets online, a memo from the former nuncio (2011-2016) to the US, Archbishop Carlo Maria Viganò.

I read through the memo, and there’s some significant dirt on people. There are also some interesting insinuations. I don’t see everything between the lines on the retired nuncio’s “testimony,” but a quick peek has fury on Pope Francis, not so much on Pope Benedict. The latter supposedly resigned because he couldn’t control his curia.

I can’t believe the guy known as a tough hombre under Pope John Paul II would have become soft on sin when he had the Chair of Peter himself. He certainly acted quickly on the perp Maciel.

To be sure, the statement contains a fair share of seeking to settle scores – among other gripes, Viganò (who lamented his transfer to Washington as a “punishment” from the outset) grinds his long-standing ax toward Benedict XVI’s “Vice-Pope,” the then-Secretary of State Cardinal Tarcisio Bertone, alongside defending prelates Francis reputedly views as “right-wing.” That the ex-Nuncio’s memo was first reported by LifeSiteNews – a conservative outlet devoted to opposing the Pope at practically every turn – merely underscores the point.

Just when you thought it was “safe,” more to come.

Go to bed tonight. Wake up in the morning, and see if there are still churches celebrating Sunday Mass.

Todd lives in Minnesota, serving a Catholic parish as a lay minister.
View all posts by catholicsensibility →
This entry was posted in bishops and tagged Archbishop Viganò. Bookmark the permalink.