Resolutions, Over and Over

Posted on 1 January 2019 by catholicsensibility

Finding I’ve already slipped in one personal resolution, I want to spin a confident notion, now that we are some hours into a new year.

The passage of time gives us numerous opportunities for changing and recommitting one’s life. Resolutions can begin wherever we mark a new year: January 1, our birthday, the commencement of Lent or Advent. We miss something, and this is okay. There is the next opportunity: tomorrow morning, or the next marker of time. Even right now.

I was struck by this commentary from a few days ago on the Apollo 8 capture of the Earth rising over the moon. Friend Mark Rotherham:

When we viewed the Earth for the first time in its entirety, floating in the vastness of space, it became clear that the Earth is our common home and mother to all peoples, all creatures and with whom we share a common destiny.

What that destiny will be has yet to be decided – by our actions over the coming years. We have a unique and unprecedented responsibility. Laudato Si’ is a beautiful act of leadership from the Catholic Church attempting to steer us towards a common destiny in which an authentic humanity, ecologically converted, lives in relational love with all of Creation.

Committing ourselves as never before to such flourishing of life is our holiest praise of God through Christ – resurrected and embodied in every living being, rock, tree, element, ecosystem; in every mystery and detail of Creation. 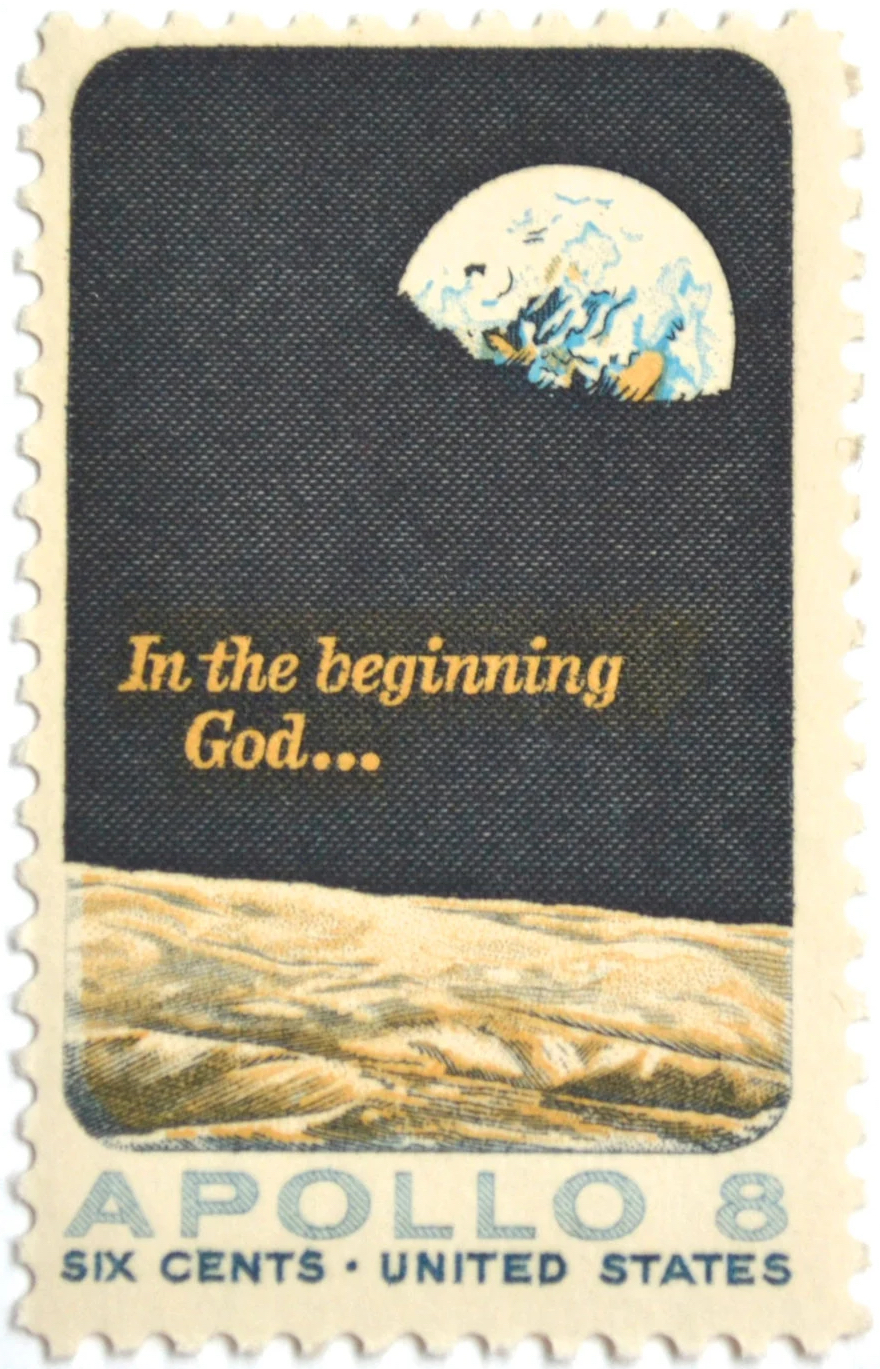 ollo 8’s mission to the moon is a good time among many times. As is January 1, 12:01AM, any year. These are easy moments to remember. Perhaps punctuated with a thrilling view of moving past one celestial body to view another, a kiss, or a gathering of friends. Or even total strangers. But the commitment to the flourishing of life can happen an ordinary minute later, the next hour, or some days or years down the road.

A person can wander along half a century after Bill Anders’ photographic moment while coasting over Mare Smythii, and be inspired to commit to some destiny that lies ahead.

In this new year, I hope those stumbling to this site today will be inspired to seek out that particular destiny.