Posted on 6 January 2019 by catholicsensibility 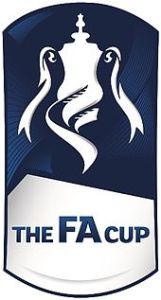 Enjoying the FA Cup weekend in England and Wales. While the concept of professional sports without playoffs is alien to US fans, the Cup competitions and champions leagues more than make up for it.  Swansea, the team I follow, won. But better, there were significant upsets, including an amateur team taking out one of the top 30 pro teams, and 2 teams beating back challenges from Premier League sides three leagues above them.

While players in American football wouldn’t really stand up to the challenge of a competition like this, I do think college basketball would do well to take a page and admit every unpunished team into the NCAA tournament. The loss of

selection Sunday would be more than compensated by an extra three rounds of tournament play.

Pairings for round 4 will be announced Monday after the last third round contest. Wherever they go, go Swans.

Todd lives in Minnesota, serving a Catholic parish as a lay minister.
View all posts by catholicsensibility →
This entry was posted in Sports and tagged FA Cup, soccer, Swansea City AFC. Bookmark the permalink.