Posted on 20 January 2019 by catholicsensibility 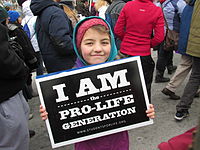 So, a lot of heat and a bit of light for the unfortunate March For Life post-game between Native Americans protesting their own thing, and Trump-attired Catholic teen boys waiting for the bus.

Until this story broke, most of what I was seeing on social media from my friends was lament about the lack of coverage for the annual anti-abortion event. I don’t think this represents a bias against the pro-life cause. More likely, major media outlets don’t cover “good” news the way they cover “bad” news. Consider two possible events:

Which will lead local news?

The bad news for school, church, and movement piles on:

The report tells that adults went to fetch the ride home and left a busload of teenaged boys at the steps of the Lincoln Memorial. I suppose they could be forgiven for not paying attention to an even deeper back-page protest. But I don’t think chaperones get off blameless in this event. If the only adult on the bus was the driver, that’s a serious problem. Otherwise, chaperones contact the driver and send the pick-up coordinates. I can understand that a long walk with tall boys is tiring for any adult. However, the job ends when the last kid is toodled away back in the Kentucky parking lot.

The school is at fault here. Protesting is serious business. It’s not an excuse for a day or two off from classes. The point is not to inflate the numbers at the March For Life. I remember protesting in the 80s. I wasn’t a part of civil disobedience, but those who were underwent significant training. I don’t think that’s needed at the March. But there are some important adult reminders to be given and followed. For one thing, acceptable signage and clothing. Students can identify where they are from and what they are protesting. School hats, hoodies, jackets–yes. Pro-life signs, yes. MAGA hats and scarves would be dismissed inside most any school building these days. It’s needlessly provocative.

Pro-life people scrambling to put a good face on these unfortunate lads are deeply misguided. Adolescents, by definition, are often ignorant. This is why events like this are chaperoned: so inexperienced people don’t do ignorant things.

I’d say there’s a little too much glee from the online crowd crowing and pointing and doxing. If they have the grades, they should go to college. They need to keep their after-hours jobs. They’ve embarrassed their school. Anyone who knows how adults don’t like to be caught out by youths or children know there will be consequences. Detention. Community service. 500-word essays. School assembly. That’s enough. I don’t want or need to know the names and addresses and colleges-of-choice of these guys.

As for future Marches, I’d say organizers owe prospective schools some info on how to conduct oneself while protesting.

Todd lives in Minnesota, serving a Catholic parish as a lay minister.
View all posts by catholicsensibility →
This entry was posted in Commentary and tagged March For Life. Bookmark the permalink.

4 Responses to Waiting For Good News