Posted on 8 April 2019 by catholicsensibility

If your community proclaimed the year C readings this past weekend, you enjoyed a Pauline gem from his letter to the Philippians. The Roman Lectionary assigns verses 8 through 14 to follow Psalm 126.

Most Bible publishers set it as prose, unlike Philippians 2:6-11. It is one of the more lyrical passages from the mind and hand of Saint Paul. It wouldn’t be out of place as a canticle at Vespers or as a proper at the celebration of Mass. A number of composers have drawn from this text–some part of this passage inspired dozens of hymns. But I’m aware of no pre-conciliar setting that treats the section as an exclusive whole, more or less. Two contemporary settings come to mind. 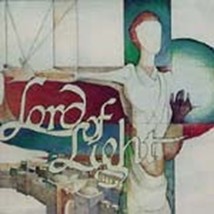 We have Dan Schutte’s 1981 version this past weekend, known popularly as “Only This I Want.” The original recording is here. My opinion: too slow. Maybe a bit over-dramatic.  Less-skilled singers would strain to breathe on the lines, so when I program it, I take it somewhat faster. I think the accompaniment helps interpret the text well enough. The SAB harmonization could be improved. The composer also adds material from verses 15 and 18 of the previous chapter in verse 3. They aren’t out of place. But I think there’s enough material in the chapter 3 text to fill another verse or two. All that said, I like the setting. I use it a few times a year. Good christological texts are important for a parish’s expression of faith. This is a good one.

Michael Joncas composed another setting later in the 1980s. The recording has piano, harp and flutes. And is also done about 8-12 clicks slower than I would play it. When I served in GIA parishes, I also programmed this two or three times a year, plus once during Lent. I favor this setting. Joncas handles paraphrasing the text better, and his composing skills are more in evidence on this song. A jumpy melody requires more rehearsal to learn and fine-tune, but people in the pews sing it well enough. I think the melody could bear an alternate harmonization when it repeats, but that means more paper to be printed at the publisher.

If you haven’t been singing these, what are your preferred hymn or song texts about Jesus this season?

Todd lives in the Pacific Northwest, serving a Catholic parish as a lay minister.
View all posts by catholicsensibility →
This entry was posted in Lent, Liturgical Music, Scripture. Bookmark the permalink.