Posted on 31 July 2019 by catholicsensibility 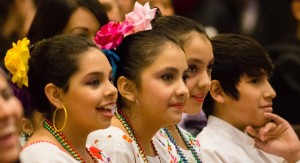 These are the big four, and we’ve seen each of them in play in the US.

Clearly, the ways of exercising authority that make all this possible have to be eradicated, and the irresponsibility and lack of transparency with which so many cases have been handled have to be challenged. The desire to dominate, lack of dialogue and transparency, forms of double life, spiritual emptiness, as well as psychological weaknesses, are the terrain on which corruption thrives”.[FD 30]

That was the word from the synod. One method is the sharing of responsibility in the Church, bishops and priests with colleagues lay and ordained in dioceses and parishes respectively. While this may not be a recent model for Roman Catholicism, it is wholly biblical, and still happens in religious orders. Bishops might do well to submit to schooling from women religious in this regard.

Pope Francis rightly identifies clericalism as an obstacle for the Church:

Clericalism is a constant temptation on the part of priests who see “the ministry they have received as a power to be exercised, rather than a free and generous service to be offered. It makes us think that we belong to a group that has all the answers and no longer needs to listen or has anything to learn”.[Address at the Opening of the XV Ordinary General Assembly of the Synod of Bishops (3 October 2018): L’Osservatore Romano, 5 October 2018, 8] Doubtless, such clericalism can make consecrated persons lose respect for the sacred and inalienable worth of each person and of his or her freedom.

Some people go into what-about and suggest so-called “lay clericalism” is a problem. Except that by definition, lay people are not clerics. So we need to get specific about the abuses perpetrated by non-ordained leaders. Is it sex, money, intimidation, job security, favoritism, or something we can pin down? Then we simply call it what it is. Clericalism is more serious for a few reasons: the way the Church is governed, the inbred clerical culture from seminary to grave, and the stature of the Church as universal, not congregationalist. It may seem unfair that clergy and bishops are more in the news. But that is the flip side of the duties and responsibilities we entrust to these persons.

Any thoughts? You can access the full document on this link at the Vatican site.

The text in color is © Copyright – Libreria Editrice Vaticana

Todd lives in Minnesota, serving a Catholic parish as a lay minister.
View all posts by catholicsensibility →
This entry was posted in Christus Vivit. Bookmark the permalink.