Posted on 13 August 2019 by catholicsensibility

I see former Crystal Palace, now Atlanta United manager Chris De Boer has weighed in on the pay dispute with the US women’s national team in his sport. On another social media platform I’ve weighed in to oppose equal pay. My reason? At this moment, I think the women’s team have earned more for country and sport than the US men, who, while vastly improved over my childhood team that never managed to get past Canada in qualifying, have yet to really threaten, let alone win a World Cup.

Pay in sport isn’t based on ability. One might say that soccer and hockey players are better athletes than baseball or football players. But those last two sports have greater incomes than the former two.

Pay in professional sport is less dependent on the quality of athleticism and more on the deep pockets of owners and the fanbase that supports it all. The latter may be strongly influenced by the amount invested in promotion. 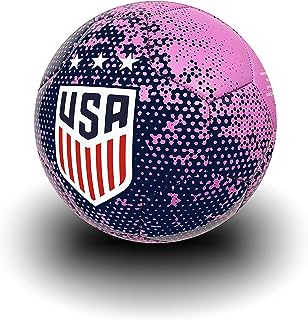 I wonder if US soccer master control doesn’t sell our women short by the relative lack of promotion, compared to the men’s team. I think Megan Rapinoe, pictured above, has publicly stated her willingness to have the discussion with the mostly male braintrust and be part of a well-discerned solution to the problem of pay.

In the meantime, my own stance is that the US women should be paid more than the men. At least until the next World Cup cycle ends.

Todd lives in Minnesota, serving a Catholic parish as a lay minister.
View all posts by catholicsensibility →
This entry was posted in Sports and tagged soccer, USWNT. Bookmark the permalink.