Posted on 30 August 2019 by catholicsensibility 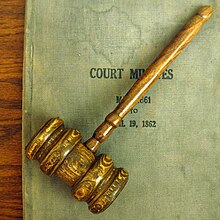 I noticed this essay and commentary on flipping Confirmation to pre-First Eucharist. Aside from liturgy and sacramental theology, Eastern Christianity was one of the fields I studied and term-papered in grad school. I was quite familiar with the early bishops on Christian initiation. One of my friends in ministry lobbied to have his children baptized, confirmed, and given First Eucharist as infants–with support from his pastor. It was not a mainstream event for parish or diocese, however.

I’ve never lived in a parish or diocese that did the ancient ordering. My experience has been limited on that. However, my present archdiocese has chosen to take a different step: walking back Confirmation from mid-high school to grade 7. Here, each parish can devise its own plan to comply. One is confirming anybody in the top six school levels this coming year. Ours is confirming all high school people next Spring, then grades 7-8-9 after Easter 2021.

Our soon-to-be-retiring ordinary has his signature on this. It’s being presented as his initiative. I don’t know if that is completely true. I have heard concerns that by the time young people are age fifteen, sixteen, seventeen, we may have already lost them–if not in terms of faith, then in terms of activities of choice. Non-confirmed lectors and communion ministers are not officially allowed in this diocese, so there may be some hope that around the onset of teen years, parishes and schools may yet be able to convince some of church involvement–liturgy, catechesis, social justice, charity, the like.

I would probably applaud the restored order more than this, including the confirmation of infants. I think First Eucharist for infants is a good idea, and regular Communion at Mass something for a later age if not right away. I don’t really think any of these initiatives to bounce Confirmation to different ages will have any significant impact in the way we would want or hope.

The Church’s gravest need is a rediscovery of discipleship. Some clergy and religious did it for the past several centuries. But most weren’t equipped for it. And lay people, by and large, are not ready for it either. I think we are still doing Catholic parishes as country clubs, in the best and worst sense of that word. Given that the next bishop can tinker just as easily with the initiation sacraments as the present one, any movement on Confirmation is seen less as theology or ressourcement and more as personal taste.

So, wherever your parish or diocese stands on sacraments, we remain at square one. That might be good for you. Or it may not. But it’s not going to change anytime soon.

Todd lives in Minnesota, serving a Catholic parish as a lay minister.
View all posts by catholicsensibility →
This entry was posted in Commentary, Rite of Confirmation. Bookmark the permalink.