Posted on 13 September 2019 by catholicsensibility 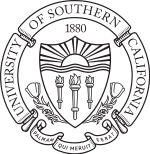 A facebook friend highlighted the case of a homeless woman of color who tried to park her van to optimize the education possibilities for her five-year-old son. The result? Five years-plus in prison. There were other anti-extenuating circumstances, but you get the drift.

Shift focus to the courtrooms of the 1% as celebrity helicopter moms await judgment on admittedly lame attempts to game the college admission system. Like this one.

Rich white women won’t be getting five-year prison terms, let alone be trolled for drug offenses to pile on the years. But there’s a basic unfairness afoot when white men jail people of color, but let “their” women get off with just internet embarrassment. Compared to hard time, even in minimum security, the “Aunt Becky” and “Desperate Housewives” jokes are a far better trade-off. In the minds of the accused.

I can’t quite bring myself to join the group chant for jail time. Prisons are a lose-lose proposition for offender and society. The winners are the 1% who own for-profit prisons. I’m an opponent of anything that enriches the over-wealthy.

Celebrity moms facing these charges have far better options. Instead of sending them to the Big House, give them jobs. Working with students who don’t have the advantages of the wealthy: coaching young actors, tutoring teens, or even heading to the border to help the needy. All far better options. Plus the opportunity for conversion.

That USC motto above, “Let whoever earns the palm bear it.” I think it’s time for people to earn back public trust. Not waste time in time-out.

Todd lives in the Pacific Northwest, serving a Catholic parish as a lay minister.
View all posts by catholicsensibility →
This entry was posted in Commentary, Politics. Bookmark the permalink.