A Tempter In The Sky

Posted on 1 October 2019 by catholicsensibility

Christians know well the story of Genesis 3. The serpent is the first villain in the Bible.  At the end of the story, punishments are delivered. Early Christians imagined the extended and winding constellation wrapping around the pole star to be the long reptile Ptolemy and other ancient astronomers identified as Draco. Not the Slytherin. But the dragon.

I’m not sure why Christians didn’t try to reclaim the ancient constellations catalogued by pagans. Imagine twelve apostles instead of twelve astrology signs in the zodiac. Maybe there weren’t as many believer-stargazers in the old days. 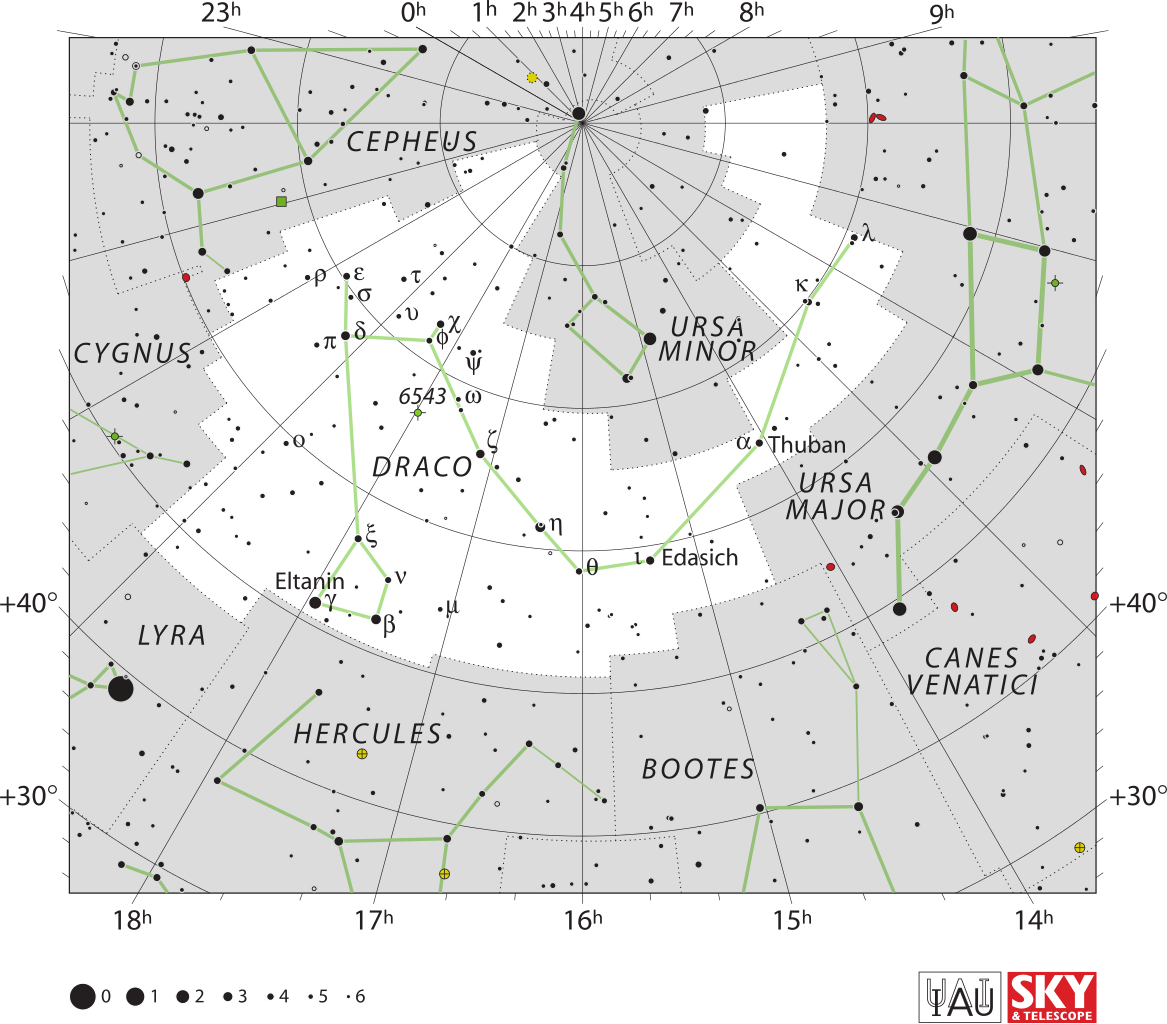 Notice that star labelled Thuban between Ursa Major and Minor? It was the pole star fifty centuries ago. The Egyptian pyramids were built to align with it.

Speaking of the pole star, Polaris, another name for it is stella maris, “Star of the Sea.” Astute believers will recognize this as another title for the Blessed Mother. It’s interesting that the IAU boundaries for the constellation attempt to surround Polaris, but they don’t quite make it.

Then another portent appeared in heaven: a great red dragon, with seven heads and ten horns, and seven diadems on his heads. His tail swept down a third of the stars of heaven and threw them to the earth. Then the dragon stood before the woman who was about to bear a child, so that he might devour her child as soon as it was born. (Rev 12:3-4)

It would be frightful indeed if stars were hurled into our solar system, let alone onto Planet Earth. Thank heavens this is symbolic, not scientific. Due to light pollution, it might be said that nine-tenths or more of the stars have been blotted from the sky as seen from urban areas. That would include just about every object in the constellation Draco.

One sight you will need a space telescope to image beautifully is the Cat’s Eye Nebula:

The nebula, around 25 quadrillion miles away (give or take), shows various gases in the color filters used by the Hubble Space Telescope: hydrogen in red, oxygen in blue, and nitrogen in green. More on the Cat’s Eye here.

There’s quite a bit that’s been digested in the dragon of the northern skies.