Posted on 8 October 2019 by catholicsensibility 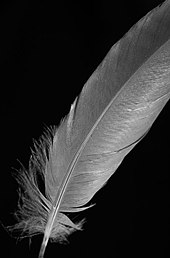 From the Amazonia synod, the story has broken that B16-preferred cassocks are now optional, and that clerical synod attendees may dress in clerical suits. I was surprised at the attention on social media. On facebook, my comment was, “Can’t hardly wait for Casual Friday.”

The usual suspects (like here) see another chink in the Everlasting Supreme Catholic Church under the headline, “Feathers Yes But Cassocks Are Not Welcome.”

Cardinal Lorenzo Baldisseri, 79, the Synod’s general secretary, announced at the beginning of the “Amazon”-Synod on October 7 to the delegates that “we may [= should] show up in ‘clergyman'” – rather than in cassocks. “Clergyman” denotes a clerical shirt, worn with trousers, originally used by Protestant preachers.

Oh the pain. An option, like celibacy. As for the Protestant comment, I wonder if the people at gloria.tv realize that liturgical dress of chasuble and stole were originally worn by pagans.

On that title, “dress code,” there is one. The code is how one identifies with one’s cadre, Paul, Apollos, Cephas, Christ, or whomever. What one wears has lost any association with monasticism, orders, liturgy, or formality. It’s like people wearing the garb of their favorite sports team: it’s how one identifies in a bar or on the street or at the tailgate.

Todd lives in the Pacific Northwest, serving a Catholic parish as a lay minister.
View all posts by catholicsensibility →
This entry was posted in Church News, Commentary and tagged Amazon synod, culture of complaint. Bookmark the permalink.