Posted on 9 November 2019 by catholicsensibility

An interesting thread disappeared at PrayTell in which the blog author asked a direct and challenging question: Is the Sacrament of Penance working for Catholics?

I would say yes–for a small minority of us.

I would say that there’s no passion for the sacrament in some quarters, including clergy. Some priests have no passion or patience for certain elements–one or the other of the forms, the Scripture readings, the frequent penitents who persist in sins involving sex or talking about other people.

Certainly, the sacrament isn’t working for many lay people. There are a lot of reasons aside from the usual suspect, a “lack of a sense of sin.” I think many people know their sins and have a sense of contrition over them. They just don’t embrace the Church or the priest who can offer absolution for their list of offenses. Others no longer feel safe with male confessors one-on-one. Some never have–early bad experiences, even just one. Some have never experienced graced moments, and so they look elsewhere: going to an offended person directly, utilizing a 12-Step program, or talking with a peer. When it’s been years and years, sticking to a new habit is easy.

The most common complaint I hear from other lay people involves the “curious” confessor, where the form I encounter begins to get creepy. I hear this mostly from women. While I can appreciate a priest’s frustration when a lay person can’t get beyond the same minor (and not so minor) sins, it’s not his job at a liturgy, even a confession set up as a “personal appointment,” to delve into details about a penitent’s sex life. Even the old-timey start to an individual confession, “Bless me Father … it’s been a month since my last confession” is not part of the sacrament. A penitent offering such details does so optionally. Not as a mandatory thing.

The second-most common complaint I hear is about confessors who don’t take the sins of my friends seriously enough. The flip side of that involves what I hear from confessors. Most clergy who have engaged me in conversation about it–even in the sacrament–mention that penitents tend to be too hard on themselves. Perhaps the emphasis on God’s love and mercy is overdone in the eyes of some. But not with the usual believers who come on Saturday afternoon for form I.

My honest assessment is that we’re stuck. The Church is stuck. We could not offer a golden age in which every Catholic confessed once a month. My optimistic guess is that five percent of penitents come regularly. If every active parishioner came to confess their sins regularly like that, every parish would have a need for a full-time confessor. Clearly, the inheritance of the Tridentine era is insufficient. 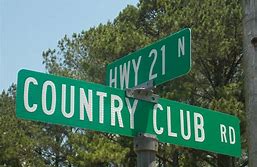 I took a bit of heat for suggesting that clergy and faithful who are satisfied with form I are part of a country club mentality in Catholicism. My way or the highway, in other words. I stand by that critique. Their form of the sacrament is intended for a minority and has little room to expand to the larger Church.

This is what country club privilege is: one way of doing something should work for everyone else. No need to make changes. No need to ask people why it doesn’t work for them. No need for reform. Just make assumptions they aren’t aware of their sins, or the like.

Todd lives in Minnesota, serving a Catholic parish as a lay minister.
View all posts by catholicsensibility →
This entry was posted in Commentary, Rite of Penance. Bookmark the permalink.