Posted on 15 November 2019 by catholicsensibility

I recall planning a visit to a midwestern friend in 1983. She was in law school, and I had just quit a dead-end job and had enough money to make a pilgrimage through the spare rooms of family and friends in Ohio and Indiana.

I would be landing in Bloomington in the latter state at the end of Holy Week. My friend was excited about the Triduum. We even have RCIA at the parish, she gushed. “Your CIA?” I asked. And she clarified.

I grew up in an eastern diocese, and didn’t benefit from the forward-thinking mores of flyover places near certain centers of Benedictine or Jesuit activity. My friend’s parish had one of the St Meinrad monks in residence as a liturgist, and the community indeed was celebrating the Christian Initiation of Adults. The tale of how moving and formative that Triduum was for me is for another telling. After my return home, I acquired the tan book. RCIA, the tome, has been on my bookshelf in various forms ever since.

When I first attended Forum events in the late 80s, the move against acronyms was already in flower. First, the “R” in the book RCIA isn’t really “Rite” as much as “Rites,” a collection of rituals. The move to “O” was in the cards long before the CDWDS takedown of ICEL at the end of the last century. Those of us immersed in liturgy knew the book was better described as an “Ordo.” But even that wasn’t a big deal because of another movement within the movement.

Forum presenters were bully on giving up the acronym. Some of them were pretty intense about it. What do you call the process of conversion, then? An acronym suggested a “program.” The initiation rites are about process, as the preachers preached. And they were right.

I’ve gotten to the point where I don’t correct people on their usage of “RCIA.” In most conversations, I specify which rite or process or stage. I’ll talk about Christian initiation in general terms. I’ll use terms like “catechumenate” or “mystagogia” or “inquiry.”

I do discourage “RCIC” because there is no such thing. And it’s not just because we’ve skipped RCIB, whatever that may be. If you must acronym for youth older than six or seven, it’s CICCA, Christian Initiation for Children of Catechetical Age. 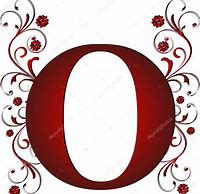 I noticed Rite Ferrone’s report at PrayTell. A prominent bishop is advocating for “OCIA” now. That change will take longer to implement than an intrusive Roman bureaucracy interfacing with recalcitrant bishops. Rank and file parishes won’t notice a new translation of the rites. Ordinary parishioners know their initiation of newcomers isn’t linked to a government spy agency. They may have misconceptions about adult baptism and confirmation, but they know in what neighborhood the ballpark sits.

I heard well-known liturgy people touting “OCIA” in the 90s. I agree with Ms Ferrone. The acronym is unfortunate. We speak of going to a wedding, not attending an OCM. We mourn at a funeral, not an OCF. We pray the Divine Office, the Hours, and we don’t utter the letters LOTH.

I say: down with acronyms, but I’m not going to make a big stink about it. The process is far more important than whatever we call it.

Todd lives in Minnesota, serving a Catholic parish as a lay minister.
View all posts by catholicsensibility →
This entry was posted in Liturgy, RCIA. Bookmark the permalink.