Posted on 2 December 2019 by catholicsensibility 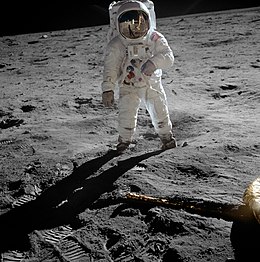 A few friends in social media have been mentioning that it was fifty Advents ago we had the rollout of the post-conciliar Roman Missal. To be honest, I don’t see this as significant an anniversary as some people do. Not compared to the misplaced lament on the Catholic Right. Not when compared to the calling of Vatican II sixty years ago, or the implementation of Sacrosanctum Concilium. I think the promulgation of the Pastoral Care rites (1983), RCIA (1988), and the funeral rites (1989) were more significant.

One big reason is that the first Roman Missal was in fact a starting point of liturgical reform. Not an end product. Even before I got deep into my theological studies, the word was clear in my circles: a new Sacramentary will be out in a few years; don’t buy a few one; better translations and good original prayers are on the way. It’s a fine bit of fake news that progressives lamented MR3 because MR1 was on the way out. We were ready to show the latter document to the door a generation ago.

Vatican II was also just the starting point of reform. The Catholic Mass was changing all through the mid- to late-sixties. The use of the vernacular was far more significant to the people in the pews. We can’t quite pin down a single start date for that one.

The negative vibes in places like EWTN are misplaced. They blame the council for bad architecture (which is rooted in the 50s) and art (started in the 20s) and preaching (which may never have been all that great) and music (the four-hymn sandwich was a product of the Low Mass, not Vatican II). Let them lament. If you can’t diagnose problems accurately, your solution, like that of the CDWDS and MR3, is bound to miss the mark.

If I’m observing any big anniversary this year, it will be Apollo 11. Liturgically speaking, it’s time for work, not partying. I won’t see it in my professional life, but the big deal is a good MR4 to replace our backward-looking product on sacristy shelves today.