Posted on 9 December 2019 by catholicsensibility 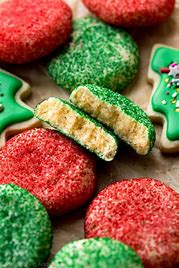 I don’t usually gossip about current parishes. But it’s going to be an interesting one this year, halfway through construction with lots of distractions on the side.

It’s hard to believe that tomorrow night will be the second-last full rehearsal before Christmas. I suppose I could ask my peeps to come in for an extra session or two. We might even need it. And some of them would come. But as I get older, I hesitate to demand, or even ask more of people at this time of year.

Most of my people are a year older than last year. If they aren’t getting more tired, the grandkids are aging and family time is still important. My predecessor used to ask for all three Eve Masses, 5pm through 10 o’clock. I won’t do that. More than one singer doesn’t like driving at night, and it seems one or two people always get asked to play chauffeur.

Some of my people resent getting pushed around by the powers-that-be connected with our renovation and temporary worship. Two of my better musicians have actually suggested boycotting some or all of December. I can’t go for that, obviously. I’ve had to play diplomat and smooth things over, but tensions are still running high here and there.

Most of my singers dislike the Mass designated as “Family/Children,”–the first of Christmas Eve. I had five singers last year, and the Liturgy Committee noticed. With disapproval. Four sopranos and a struggling alto (who generally does well with other singers on the part). I groused a bit with a friend from another church about the evaluation. He suggested a retort, “The good news is that it was better than it will be next year.”

I confess my own fatigue. We’ve lost two pets in the last week. My mother is having a struggle moving into assisted living on the other side of the continent. And then there’s loss among choir members: deaths in families, and medical conditions. I’ve had close to thirty percent attrition since September. In the last forty-eight hours, I’ve heard from three strong singers who won’t be with us for the rest of the month. I’ve already dropped one new song and fallen back on a nice arrangement of another piece for something simpler.

To outsiders, it might seem like a poor Christmas. But the truth is that my parish, like most, are not developing a new generation of singers. First rehearsal for a children’s prelude at one of the Eve Masses drew more parents (3) than kids (2).

Hopefully your holidays are going fruitfully, whether or not you are in church music. There’s still much for which to give thanks. I keep reminding myself … more often these days.

Todd lives in Minnesota, serving a Catholic parish as a lay minister.
View all posts by catholicsensibility →
This entry was posted in Christmas, Liturgy, Music, Parish Life. Bookmark the permalink.

1 Response to Scramble For Christmas Programming