Posted on 4 January 2020 by catholicsensibility 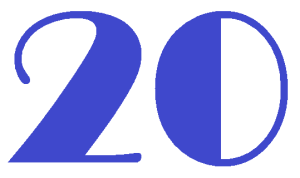 It might be the most popular non-political meme in the social media new year. Don’t date your document 1/n/20 because somebody could come along and add “19” or some lower number and maybe cause you economic or legal harm.

Speaking as a person who likes living in the 21st century as opposed to the first. I like writing the whole date. More of a problem for some people–even me once or twice–is writing in last year’s date instead of the current.

In a few millions of years, will people be abbreviating seven, eight, or nine digits? Or will a different calendar be introduced into popular usage?

Even Christians in the future might forsake the numbering of years, especially if they find themselves off the planet Earth, almost the only place in the universe where the 365-day year is irrelevant.

Todd lives in the Pacific Northwest, serving a Catholic parish as a lay minister.
View all posts by catholicsensibility →
This entry was posted in Commentary. Bookmark the permalink.