Posted on 24 January 2020 by catholicsensibility 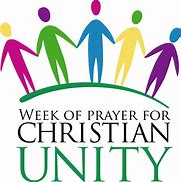 Is holiness enough? One of the teachings of  Vatican II reads:

All the faithful should remember that the more effort they make to live holier lives according to the Gospel, the better will they further Christian unity and put it into practice. For the closer their union with the Father, the Word, and the Spirit, the more deeply and easily will they be able to grow in mutual (familial) love. (Unitatis Redintegratio 7c)

We blogged on it here thirteen years and a day ago. Nobody commented, and I didn’t do much more than ask the question above. Is it all we can do?

On one level, Christian disunity is so deep and established, mostly anybody of any belief would say that a miracle, an act of God, would be required to piece churches and communities back together.

Holiness leads people to many disparate paths. Within the same family, siblings can be found in the married state, and as religious and clergy. Within a Church, some follow the various charisms of Benedict, or Francis, or Dominic, or Ignatius of Loyola, or any number of holy men or women who have followed God’s call in different ways. And within Catholicism, parishes, and even families, sometimes these various paths are cause for suspicion, skepticism, or outright conflict. What good would it do for spiritual fire to bind us together miraculously, if on the next day a different group of divisions were to surface? Do we have any hope?

I think we do. I do think holiness is part of the path. Christian believe that the human achievement of holiness is through God’s grace. The Catechism (2012-16) deals with Christian holiness, with some important citations. One is from Vatican II, following multiple citations from the Lord and from his disciple Paul, and the conclusion is described as “evident.” Let’s read:

Thus it is evident to everyone, that all the faithful of Christ of whatever rank or status, are called to the fullness of the Christian life and to the perfection of charity; by this holiness as such a more human manner of living is promoted in this earthly society. In order that the faithful may reach this perfection, they must use their strength accordingly as they have received it, as a gift from Christ. They must follow in His footsteps and conform themselves to His image seeking the will of the Father in all things. They must devote themselves with all their being to the glory of God and the service of their neighbor. In this way, the holiness of the People of God will grow into an abundant harvest of good, as is admirably shown by the life of so many saints in Church history. (Lumen Gentium 40b)

First, that holiness is described as “more human.” What would the contrast be with a lack of sanctity, or of disunity? A work of evil?

Second, that our spiritual strength is derived from Jesus. Whatever our sense is of the measure we have received is derived from our cooperation with God’s will. Jesus gave us the example of following his Father’s will. He was many things: teacher, healer, pilgrim, companion, listener, and so on. When we encounter him in the Scriptures, how do we notice him? What we see, we go forward and strive to do.

Third, the focus is to direct one’s actions to God’s glory, and to serving others. It’s no accident that some of the most effective signs of ecumenism occur when believers band together to serve others.

The Vatican II bishops advised us to look to the saints. Perhaps the ecumenically-minded might choose to notice and study the lives of those who not only followed Clare of Assisi, or Teresa of Avila, or Mary MacKillop but also other figures far afield of Catholicism, saints of Anglican and Protestant traditions, as well as the Christian East.

Returning to my own tradition, this prayer attributed to Saint Ignatius of Loyola, may summarize the desire for holiness as well as any other:

Take, Lord, and receive all my liberty,
my memory, my understanding,
and my entire will,
All I have and call my own.
You have given all to me.
To you, Lord, I return it.
Everything is yours; do with it what you will.
Give me only your love and your grace,
that is enough for me.

Todd lives in Minnesota, serving a Catholic parish as a lay minister.
View all posts by catholicsensibility →
This entry was posted in Christian unity. Bookmark the permalink.