Posted on 15 May 2020 by catholicsensibility 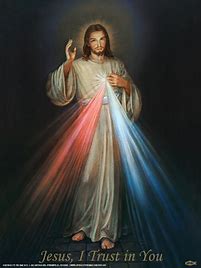 I found this essay on PrayTell and a reference there to an interesting bit of testimony from Pope Benedict on his predecessor. Here’s the quote:

From the very beginning, John Paul II was deeply touched by the message of Faustina Kowalska, a nun from Kraków, who emphasized Divine Mercy as an essential center of the Christian faith. She had hoped for the establishment of such a feast day. After consultation, the Pope chose the Second Sunday of Easter. However, before the final decision was made, he asked the Congregation for the Doctrine of the Faith to express its view on the appropriateness of this date. We responded negatively because such an ancient, traditional and meaningful date like the Sunday “in Albis” concluding the Octave of Easter should not be burdened with modern ideas. It was certainly not easy for the Holy Father to accept our reply. Yet, he did so with great humility and accepted our negative response a second time. Finally, he formulated a proposal that left the Second Sunday of Easter in its historical form but included Divine Mercy in its original message.

There’s a lot on which to comment on in this excerpt:

Todd lives in Minnesota, serving a Catholic parish as a lay minister.
View all posts by catholicsensibility →
This entry was posted in Commentary, Liturgy, spirituality and tagged Divine Mercy. Bookmark the permalink.