Posted on 23 June 2020 by catholicsensibility 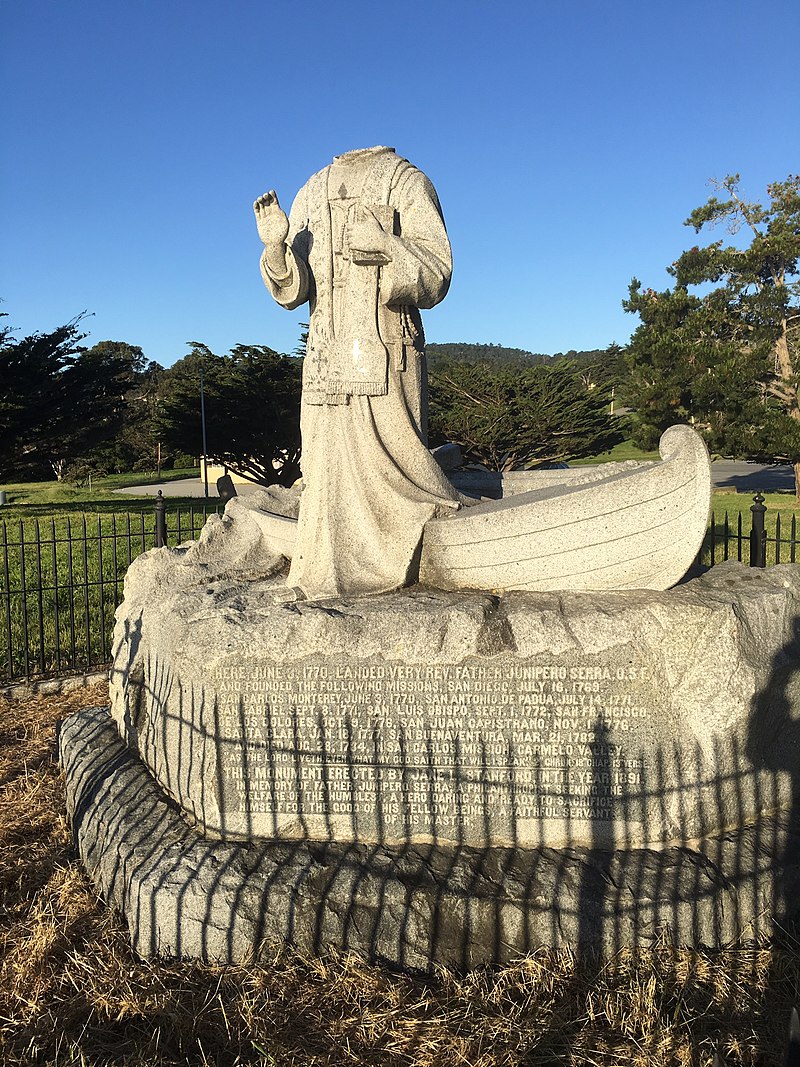 I notice Californian statues of the saint are toppling. There is controversy connected with the man, as noted on the wiki here. Opposition to his ecclesiastical recognition was well-known as Junipero Serra was making his move up the ladder of officially recognized sanctity. It seemed to have little effect. The wheels of the canonization process were already well-lubricated. And an authorized place in heaven was a given, it seemed. If not subito, certainly santo.

The colonial approach in many places around the world was harshness. Most of us would wince at it today, even supporters of corporal punishment.

The surface fruits of Father Serra’s ministry, if judged by evangelization seems obvious. He baptized people. Did the Franciscan charism penetrate the Christian communities of Alta California to the point where native Americans were ordained to lead their people? Do we have saints of Chumash, Takic, Kumeyaay, or other ancestry? Two centuries after the first apostles evangelized the Roman world, we had saints like Cosmas and Damian, Felicity and Perpetua, and recognized theologians like Ignatius of Antioch, Hippolytus, and Cyprian of Carthage. Do we have a similar passel of holy women and men from the 19th and 20th centuries?

Is it fair to ask if Father Serra was so fruitful where might the saints from among his spiritual children be? Or do we only recognize Europeans by the European definitions of sanctity?

White Americans have had many, many opportunities to address racism. When confronted with gestures of peace, our white culture has largely rejected these. Conversations about laying pipeline, kneeling at sporting events, and other protests seem to have been given somewhat harsher treatment than white people running amok off the reservation with their guns and flags and tiki torches.

I feel some faint sorrow over St Junipero’s devotees. But not a whole lot. I know there is Serra International with many dedicated people promoting vocations. But it’s a curious thing to adopt a saint who had so few saints let alone priests among his own spiritual sons and daughters, and whose legacy seems so littered with a troubled past. Can we say he wasn’t as bad as the Spanish military authorities? We probably can. But for a saint, is that enough?

Todd lives in the Pacific Northwest, serving a Catholic parish as a lay minister.
View all posts by catholicsensibility →
This entry was posted in Commentary, Saints and tagged St Junipero Serra. Bookmark the permalink.