Posted on 6 July 2020 by catholicsensibility 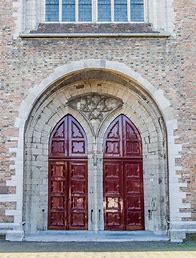 As my county looks to a delay in advancing through reopening phases, there’s not much of a liturgical difference between steps two and three. Still, we have an overall pause in progress west of the Puget Sound. Today’s parish wedding was going to be small anyway, so no real worry on that front.

It wouldn’t surprise me that a few bishops would be concerned about the decision to shutter public liturgy. Even when you know it’s the right call. My archbishop was among the first. I’m sure some harbored doubts about it being the right move. And if it were right, what would be the minimum liturgy that could be offered to people in a time of concern?

Opening up for Mass, then closing again? That’s not easy:

I wish to inform you that after a careful review of the medical situation, and hearing the recent concerns of our Governor and civic leaders on television, I have been advised by Diocesan leadership to suspend public worship. I agree with their recommendation and the suspension of public worship is effective as of today, July 1st, 2020. This returns us temporarily to those protocols we were following just prior to the reopening of our parishes. You should anticipate a suspension of approximately four weeks but the matter will be reviewed daily and the suspension could be for a shorter or longer duration.

Tough call from Tucson bishop Edward Weisenberger. If I were him, it would raise questions in my mind on three decisions: first closing, reopening, and now July 1st. Too soon, too late? Sometimes the rightness or wrongness of a choice is relatively easy. The hardest part of real life is the timing. Re-Closing must raise doubts about the undoubted good of the aspiration to return in some way to public worship.

As for my parish, our so-called soft reopening is going slowly. My boss has chosen to open up for just three weekend Masses, not the full five. Two of our three retired priests are battling health issues independent of the virus. (They would be at the extreme end of risk if they do get infected.) But the designated “elderly” Mass at 8AM saw only twenty-something sign up the first week. In week 3 yesterday, I think the count was 17. People, clearly, are staying home.

Todd lives in the Pacific Northwest, serving a Catholic parish as a lay minister.
View all posts by catholicsensibility →
This entry was posted in Liturgy, Parish Life. Bookmark the permalink.