Posted on 5 November 2020 by catholicsensibility

I last wrote about this show last December. Certain weaknesses dragged things down the first two seasons: mishandled characters (killing off Philippa Georgiou then bringing her back), a silly season arc (the red angel), and especially timidity (going into the past rather than a “next” generation into the universe’s future.

The episode “Forget Me Not” has a number of familiar touchstones:

Especially the last one. Kudos for not getting preachy about their trans characters. And the story arcs on supporting characters are off to a good start. Lacking this sunk the original series, and raised Next Generation above the rest.

Also like many good Next Generation episodes, two separate stories, Adira’s search for memories and the crew dealing with stress and loss in the 32nd century, were well blended without being too artificial. Too bad the writers couldn’t come up with a way of doing that in episodes 1 and 2 this season. 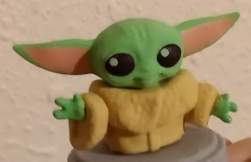 The sense of losing hope and lawfulness seems to have seeped into science fiction these days. I’ve really enjoyed the Star Wars series The Mandalorian. But I note the similarity: good government falls and ruffians step in. I hope we’re not yet at that point in the US. Time will tell. It will also take the tv writers another year to integrate the pandemic experience into these shows. I hope it doesn’t get too preachy then.

At first, I was a bit bothered by the dystopia of the Star Wars/Trek series. But as I reflected on it, maybe good job to these shows’ braintrusts. In the 60s/70s/80s we enjoyed looking at a future of adventure, justice, and accomplishment from our stone age perspective. Now we are seeing a future and a “long, long ago” that are just as messed up as we are today. Maybe more so. By starting the narrative in a place more like our own, we will aspire to move to that better, brighter future that might yet await.

I think I can recommend these shows. Star Trek looks like a respectable 7/10 so far. Mando a 9. Enjoy them. Hopefully they help us get a footing into a better future.