Citizens And Police And All

Posted on 29 November 2020 by catholicsensibility 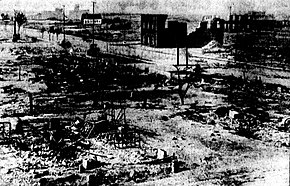 So, let me get this straight. People of color have been demonstrably abused by both citizens, police, and the legal system in the US from before the beginning. I don’t think there are any people who are truly denying things like lynchings or white rioters burning a whole neighborhood to the ground. (Tulsa, 1921, right)

In 2020, there seems to have been a new escalation, so fine tune this layout if you will or if you can:

It doesn’t really leave us in a better position. Given the militarization of police in the US, it seems there’s a certain amount of money in which to swim and give to arms dealers. (I happen to think it’s part of the American worship of guns, but you may disagree.) Given the frustrations of many citizens we’re likely not going to see an end to activism, political, budget, or marching/chanting anytime soon.

A lot of the heat tends to chase people away from the root causes of racial violence, namely a coherent public policy that not only caters to the 1%, but strives to build communities where 100% of the citizens have the room to reach a certain potential. Not just aristobabies inheriting mom and dad’s billions.

What’s left? The pandemic looks on track to wipe out another few hundred thousand lives and gouge the economy into 2021. We like our guns, but we also like property and money. When there’s less to go around, the decibel level tends to grow and the shopping runs will expand beyond paper products.

Can we pray with the psalmist?

The wicked shall depart to Sheol,
all the nations that forget God.

For the needy shall not always be forgotten,
nor the hope of the poor perish for ever.

Todd lives in Minnesota, serving a Catholic parish as a lay minister.
View all posts by catholicsensibility →
This entry was posted in Miscellaneous, Politics, Scripture. Bookmark the permalink.