Not Covered In Glory

Posted on 31 December 2020 by catholicsensibility

Just in case you didn’t think white fragility or Catholic fragility was a thing.

I remember the transition days heading into 2009. I was a bit player in a purge directed at those who had been outspoken against certain Republicans. My complaint was more about the ineffectiveness of the rhetoric in the culturewar, especially as it dealt with abortion. I pointed out a prominent Catholic’s response to Mr Obama’s election was to devote Wednesday morning to a fundraising pitch. I lost a small writing gig. Their loss, really. I mentioned that my contrariness would drive up their hit counts. I could be the Howard Stern of a small Catholic outlet, irreverent, mildly infuriating, but drawing in the commentary. 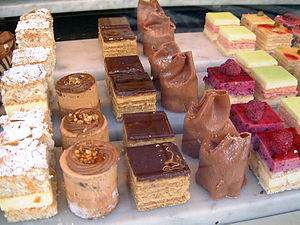 Thing is, many people don’t want that discussion. Many in social media, for sure. They have a series of things–blogs, podcasts, video channels, facebook, insta, etc., where they can filter out the angel on their shoulder who is making troubling murmurs in the ear and focus solely on reinforcing what they want to do. Something like: one petit-four good, one-hundred seventy-four even better.

EWTN serves an audience that is interested less in growth, movement, and pilgrimage than a sessile life, anchored to some rock somewhere. Or a recliner chair or breakfast nook. Drink that third cup of coffee. Eat that 175th piece of cake. Not a life where one will be covered in glory.

Todd lives in Minnesota, serving a Catholic parish as a lay minister.
View all posts by catholicsensibility →
This entry was posted in Church News, Commentary. Bookmark the permalink.