Posted on 12 January 2021 by catholicsensibility

As a civic-involved citizen, I suppose I could feel less sad for members of the Capitol mob facing the local music as they return to real life. I’ve always been a skeptic of cancel culture, as readers here know. I doubted its effectiveness when bishops disinvited speakers, or lay people got fired from church jobs. Sometimes, cancelling just upped book sales. Which wasn’t a bad thing in some cases.

I don’t know what last Wednesday’s rioters were thinking with their social media presence. Maybe the average seditionist unfriended all the voices of reason in her or his firmament of friends and opted instead for those fine people with tiki torches and bullhorns.

A person posts video of themselves advocating the breaking of windows, committing violence against fellow citizens, and generally spreading falsehoods left, right, and cyber. Is this smart behavior? It seems to imply a new national order was expected on the 7th of January. Was that insightfully prescient?

My parish celebrated a baptism this past weekend. Before parents, godparents, and parishioners profess positive affirmations about faith, we are asked to reject a certain dark angel. In history, the questions that follow have been worded. “And all his show?” or “And all his lies?”

Show is certainly a synonym for what goes on in the US executive branch and its followers these days. Who needs a mainstream medium when one can ask one’s spouse to capture video with a camera and broadcast it to one’s friends and family online? And lies? If you asked any of the president’s lawyers what their chances of prevailing in the courts to overturn an election, I’m sure the answer would have been something along the lines of “Absolutely zero; but I’m getting a shipload of billable hours out of this.” And guess who’s paying for those hours?

Somebody’s been duped by lies and falsehoods in all this, and more: they’re willingly paying for it. 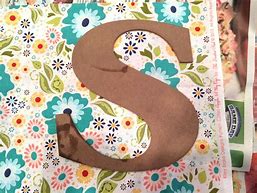 I think the consequences for some of the “I was just kidding” seditionists might be as simple as Nathaniel Hawthorne. Sew the letter S into one’s polo shirts? Maybe just post an “S” as a personal identifier on all of one’s social media accounts.

Do people deserve to lose jobs? I’m not sure that’s the best way in most of these cases. Certainly, if a protester needs to go to prison for a year or two, I wouldn’t expect a yellow ribbon on a realty company, or a college office. Otherwise, maybe restorative justice is a thought. If someone urinated on the floor in the Capitol, then maybe a few hundred hours of community service cleaning bathrooms is a thought. Suggested that BLM infiltrated the mob? Paint those letters in one’s driveway or carve it into one’s shrubbery.

1 Response to Lies And Consequences