Posted on 14 January 2021 by catholicsensibility 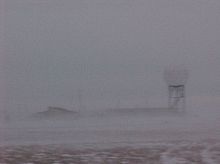 Well yes, that whiteness is certainly a danger.

I’ve attempted to engage a few people on social media with their alarm (which I know is genuine) about social media groups getting “cancelled.” I was also following some news where law enforcement agencies determined that overlooking the president’s January 6th mob was a sound approach compared to women, blacks, and others of non-whiteness.

Ask white policemen who were trampled, injured, and killed in the events at the Capitol.

Am I concerned for conservatives as a “big” group getting put down by progressives as a “little” group? No. First, I think that diehard conservatives and progressives inhabit small portions on the fringes of the political spectrum. Second, if seventy-four million Americans really wanted to hunt down Mike Pence and Nancy Pelosi and put them to death, I have no problem with a smaller group of eighty-one million sending them to the time-out corner.

I do have observations about the early days of 2021:

Politically, religiously, or whatever, I have no problem with conservatives in principle. I observe many of them have migrated far away from original creeds. Their groups seem little interested in tacking farther from their extremist portions. They will lose the center, people of color, the young, the newcomers to the US. No wonder they seem to want to obstruct good things from the majority of their neighbors if the other side is behind it. No wonder they want to limit voting opportunities. No wonder they often have to peddle lies. No wonder they want to cut off hard-working contributors to our society if they are coming from other nations.

Yes, some white people present a grave danger to the US. Seems like last week woke up some people. Good. And may good come of it.