Posted on 21 February 2021 by catholicsensibility

Since Senator Cruz isn’t dead yet, is it okay to pile on?

A few friends in social media commented that the man isn’t responsible for his state government nor acts of God. My thought: 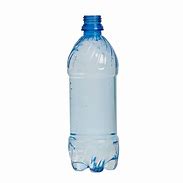 A person who aspires to executive office and national leadership, as he has, demonstrates symbolic example, positively or negatively. He crossed the US-Mexico border for the sake of his children while opposing the same action by others. He pinned the blame for his trip on those same children, rather than man up and concede, “I screwed up.” His wife has financial connections to the energy providers in Texas. She also seemed to arrange this trip a few days ago. One of his foils in Congress raised money for his state; he voted against hurricane relief for hers. He arranged for himself to be photographed handing out water. This was an epic political fail on several fronts.

How many errors can one man make? I was thinking in terms of a church musician. It would be like me going to an out-of-town wedding, and opening up my suit bag and finding only a blazer and no dress pants (nothing like navy pinstripes with khakis. I forgot to charge my phone so I had to rely on locating the church by memory from the night before. I got lost and arrived late. I forgot that the couple asked me to write a song, and I noticed it was listed in the program. I had different music from the singer. I started playing the processional in a key different from the trumpet.

You think any member of the wedding party are going to ask me to play their wedding?