Posted on 14 June 2021 by catholicsensibility

Honestly, the lack of knowledge demonstrated by some Republicans these days (not to mention finesse) makes me wonder. Governor Noem from twitter:

A little geography lesson, recalling that we often cite Columbus or Leif Eriksen as discoverers of “America,” despite the concession neither man nor their crews ever actually set foot in what became the United States proper.

There are other Americas besides southern North America, as shown below. 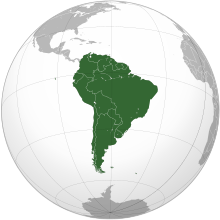 To be sure, we all know when she and some others in her tribe say “Americans,” they really mean (mostly white) United States people.

Governor Noem, President Monroe is also interested in your number.