Posted on 7 July 2021 by catholicsensibility 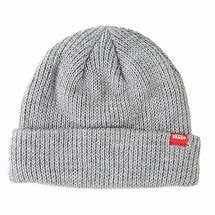 I awoke this morning to a weird dream. Father Jim Martin was returning a kick in a professional football game, and got a bad ruling as he was running along his own goal line, evading tacklers. The play was blown dead for a two-point safety, but the priest argued the ruling.

Too vociferously, I thought. His internet foils were going to have fun with this loss of temper. A gray cap was thrown, and that was something I hadn’t seen in football. There are yellow flags and now red ones. But no gray hats, at least not in real life. Apparently, Fr Martin had protested too much on the play. Just then my phone buzzed and my sister saved me from seeing how it played out on tv dreamtime.

In the old days, I would have likely jumped on writing about the latest episode in the Temple Police saga against the Jesuits. Pope Francis has apparently written a letter affirming the ministry of Fr Martin. And that, apparently, has surfaced claims that the Holy Father doesn’t know what’s going on or he’s winking at church teaching on same-sex attraction.

I did read a blogger who I’d say was a skeptic-but-leave-it-alone type. He did have four questions to ask of Fr Martin. Rather presumptive, I thought, given that the writer was a blogger, not a journalist. It also doesn’t seem likely that the priest in question would vary from the pope’s modus operandi: when faced with doubters and dubia, ignore them.

The notion of scandal is brought up, of course. It’s been pulled from the closet so often by the Temple Police, it’s become a well-worn coat, not even substantial enough to donate to a thrift store.

The truth is that scandal can also be perpetrated by those claiming to oppose it. Proclaiming someone’s offense is simple gossip, and that is sinful enough. If a handful of people know something bad about a person, and one of them blogs about it and it goes viral, it would seem the scandal has been perpetrated by the messenger. And if the person in question is really innocent, then the gravity of the sin has deepened considerably.

Keep calm and keep your gray beanies on.

Todd lives in Minnesota, serving a Catholic parish as a lay minister.
View all posts by catholicsensibility →
This entry was posted in Church News, Scripture, The Blogosphere and tagged Fr James Martin. Bookmark the permalink.