On My Bookshelf: The First Fifteen Lives of Harry August

Posted on 12 July 2021 by catholicsensibility 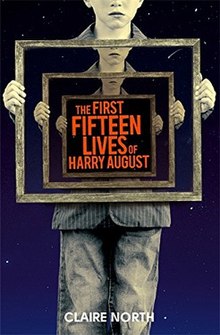 The author’s premise is not new. Bill Murray explored it with a groundhog in Pennsylvania. That flick was inspired by Ken Grimwood’s Replay, a novel I would recommend for the personal examination of living a life over and over.

Catherine Webb, writing as Claire North, accomplishes a deep and thoughtful expansion of the idea in her 2014 novel. Significant differences from the earlier works:

One very interesting bit that is used to further the plot along is the ability to communicate back into the past. A young person is sent to the bedside of an elderly kalachakra to send a message. When that person is reborn, they, in turn, communicate with an elder, and the process repeats, enabling messages to be sent up and down the centuries.

The first half of the book is like an autobiography, scattering the reader’s attention back and forth through many lives: educations, careers, loves, talents, travels. This is a long set-up for the cat and mouse game that occupies Harry and his foil. The mood has shifted to that of a spy novel. The final resolution is a surprise, yet logical and satisfying.

Less satisfying is the treatment of ethics. Harry’s community is indeed a kind of 1% operating at the world’s periphery and considers itself above ordinary human beings, “linears” as they call them.

In an early life, the title character goes through a stage of exploring religion. He retreats from that when he encounters a bit of duplicity. I think a religious author might explore the meaning of repeating a life with at least as much interest as a man who, in eight-plus centuries of life, has trained as a doctor, a lawyer, a spy, a journalist, among other occupations.

As I went to bed one night last week, I considered if I were reborn in 1958 with my adult thoughts and memories inside a child. Would I still be baptized? Would I still be married, even if my “future” wife was yet to wed me? What obligation would I have to alleviate suffering I knew was coming for people I knew? Would I be obligated to fly to Miami last month and pull a fire alarm before the condo collapsed?

In the novel, Harry makes of a point of killing one serial murderer before the man murders prostitutes and other women in circa 1950 England. But I think the day-to-day challenges of living, knowing what I know, would be a serious burden. Maybe that’s why Ms North’s character strikes me as so aloof–more than just a British thing. And maybe aloof is an inaccuracy. Harry spends one life as a criminal operator, responsible for the deaths and suffering of many. He justifies this life by his intent on stopping his enemy from destroying the world.

There are elements of brutality too much for a sensitive teen. Otherwise, I can recommend this novel. It made me think and ponder, and that’s what good science fiction is meant to do: engage a reader in an attractive what-if.