Posted on 6 August 2021 by catholicsensibility Nearly forgotten in the mists of time and science denial was an interesting experiment long, long, long before GPS satellites were even on the drawing board. A Minnesota scientist had an idea that if balloons covered by reflective metal were launched into space, they could be used to facilitate communication across the world. Thus Project Echo commenced in the summer of 1960.

Later that year, the US Postal Service issued a stamp to commemorate, above. Multi-colored issues are routine these days, even on regular rate/forever stamps, but these mono-color stamps have their own beauty. Even if the scale of the satellite and Earth’s cloud cover is all wrong. 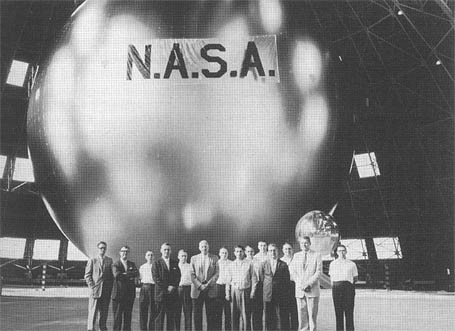 Check the real scale of Echo 1 before launch, left.

I remember reading that the Echo satellites were the first human-made satellites that could be seen from the ground without a magnifying device. They were as bright as the brightest stars in the sky–notable even despite city lights.

As for the program, NASA launched two Echo satellites and they each had a multi-year turn in orbit through the 1960s.

The experiment was superceded in 1962 by the first satellites that could actively relay electronic signals from the ground to another point on the planet. Today, over two-thousand communications satellites are aloft in space. They’ve become so much a part of the universe today, it seems doubtful the USPS will ever issue a commemorative piece on technology that has become so routine.