TC Letter 12: How To Proceed

Posted on 13 August 2021 by catholicsensibility 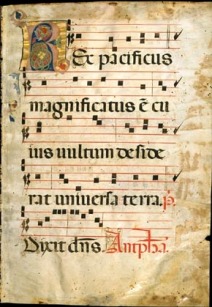 After telling the bishops they are in charge in their own dioceses, not Rome, and not individual clergy, some advice:

Indications about how to proceed in your dioceses are chiefly dictated by two principles: on the one hand, to provide for the good of those who are rooted in the previous form of celebration and need to return in due time to the Roman Rite promulgated by Saints Paul VI and John Paul II, and, on the other hand, to discontinue the erection of new personal parishes tied more to the desire and wishes of individual priests than to the real need of the “holy People of God.”

“Rooted” is an interesting verb for him. He’s used it in connection with honoring cultural and family traditions. He acknowledges that it will take time to draw lay people back into the fold.

Less of a “gentle” concern is the situation of clergy desirous of the TLM but without a community to serve. A crackdown on wayward clergy who see themselves emboldened by the possibilities of being a priest on one’s own terms: living where one wants, doing what one pleases, and all independent of fraternal connections (or corrections) from other priests or bound by obedience to a bishop.

Moving forward, liturgy must be a priority.

At the same time, I ask you to be vigilant in ensuring that every liturgy be celebrated with decorum and fidelity to the liturgical books promulgated after Vatican Council II, without the eccentricities that can easily degenerate into abuses.

Presumably this addresses the complaints about the modern Roman Rite and the abuses, errors, and misunderstandings perpetrated by clergy and others. Training new priests properly is good:

Seminarians and new priests should be formed in the faithful observance of the prescriptions of the Missal and liturgical books, in which is reflected the liturgical reform willed by Vatican Council II.

But many long-time priests have picked up habits that are hard to break. Taken individually, a single “eccentricity” might be just a quirk. When they pile on, worship can grow tiresome, distracting, and cluttered.

Here are the important links:

Todd lives in Minnesota, serving a Catholic parish as a lay minister.
View all posts by catholicsensibility →
This entry was posted in bishops, Traditionis Custodes. Bookmark the permalink.