Posted on 14 August 2021 by catholicsensibility

The NCReg has a translation of Cardinal Robert Sarah’s essay on credibility, liturgy, and rupture.

The good cardinal, and former head of the Roman dicastery for liturgy is earnest, well-meaning, but perhaps fumbles his argument a bit on a few topics.

This is undoubtedly the reason for which Benedict XVI could authoritatively affirm: “In the history of the liturgy there is growth and progress, but no rupture. What earlier generations held as sacred, remains sacred and great for us too, and it cannot be all of a sudden entirely forbidden or even considered harmful. It behooves all of us to preserve the riches which have developed in the Church’s faith and prayer, and to give them their proper place.” 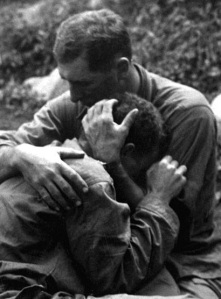 In the history of liturgy there has also been a significant era of stagnation. Rome abandoned the assembly of prayer and other resources from outside the Holy See. The world changed more in the four centuries after Trent than it did in any four centuries in human history. Some might say the damage was incalculable, and the potential losses great: mission churches held back by a certain infantilizing of European churchmen, and discouraged millions battered by a world at war, hot and cold, no longer look to religion as having answers. Unless you are a member of a first world aristocracy who see religion as a tool to keep the 99% paying, praying, and obeying. And not questioning or protesting.

I would quibble with Pope Benedict’s characterization of the 1970 Missal as a rupture. First, rupture is not always a bad thing when conversion is the object. Readings, sacraments, rituals: all largely the same. Fat and frills were trimmed from the Roman Rite, and the people’s language was activated.

Beyond the quarrel over rites, the credibility of the Church is at stake. If she affirms the continuity between what is commonly called the Mass of St. Pius V and the Mass of Paul VI, then the Church must be able to organize their peaceful cohabitation and their mutual enrichment. If one were to radically exclude one in favor of the other, if one were to declare them irreconcilable, one would implicitly recognize a rupture and a change of orientation. But then the Church could no longer offer the world that sacred continuity, which alone can give her peace. By keeping alive a liturgical war within herself, the Church loses her credibility and becomes deaf to the call of men. Liturgical peace is the sign of the peace that the Church can bring to the world.

First, the advent of two parallel rites was instigated after the Council by those flirting with or declaring an opposition to Church teaching in the Second Vatican Council. Three popes gave generous consideration first to older priests having difficulty with the 1970 Missal, second to younger persons who were being seduced by schismatics, and finally to a new generation that found refuge with the traditional liturgy and undoubtedly personal fruit.

Second, Cardinal Sarah has bought into the myth of rupture. The rupture has already occurred: a small minority of Catholics in the First World have separated themselves from Church teaching. Many of them advocate for the TLM, and form a significant vocal antagonism to the pope, bishops, and lay people who find fruit in the 1970 Missal. Opposition to the Magisterium is itself a break difficult to reconcile. The Mass has become, for some, something of a banner around which to rally the opposition.

The cardinal forgets the history of post-conciliar resistance to important proclamations of theology.

Third, liturgy is not the absolute core of what is sacred. We can certainly offer peace to the world and be fruitful. It is not through the human assembly of Scripture and the prayer writings of believers into the Sacred Liturgy. We offer peace through the person of Jesus. Liturgy and Jesus are in conflict when the liturgy has gone off the rails, or has been used or abused by believers with more of a political intent.

Liturgical peace happens within the Church where the fruits of the Spirit are cultivated.

Todd lives in Minnesota, serving a Catholic parish as a lay minister.
View all posts by catholicsensibility →
This entry was posted in bishops, Commentary, Liturgy, Traditionis Custodes. Bookmark the permalink.